Archer pocketed five wickets in his debut Test at Lord's.

Jofra Archer produced one of the most menacing spells on Test debut at Lord s during the second Ashes 2019 match. Case in question was the 24-year-old England pacer s hostile bowling to Steve Smith, who was hit straight on the head on Day 4, which resulted in the former Australia captain retiring hurt on 80.

So, what makes Archer one of the world s most feared bowler and so difficult to face? Former Australia fast bowler Glenn McGrath explains that Archer not only has pace, but accuracy as well which can be prolonged for as long as two to three spells or even more.

It’s quite rare to be able to bowl with pace and accuracy for such a long time. To have pace is so unique and with Archer, it is all natural. His action doesn’t look too stressful, he has a nice, smooth run-up and goes through the crease really well, McGrath wrote in his column for BBC Sport on Tuesday.

It’s a fairly stress-free action and he’s young and fit. He keeps it simple: he just comes in, bowls good areas and with good pace. At Lord’s he bowled some quite lengthy spells, but he maintained his pace throughout his overs. That is a brilliant sign that he can bowl long spells at top pace then come back and bowl second and third spells no problem at all.

McGrath feels Archer just needs to gain experience. With a guy with his action and technique, I don’t see any reason why he can’t play plenty of Tests. It’s just experience that he needs and he will be fine, the Australian, who snapped 563 wickets in 124 Tests, said.

Because he is such a natural, fast bowling comes quite easy to him. I think accuracy is always going to be nearly second nature. He’s not going to have a spell where he bowls a heap down the leg side.

With Archer coming into good form, England look to be hot favourites going into the third Test at Headingly that begins on August 22 (Thursday). McGrath reckons Mitchell Starc can come into the picture, but he cannot be as intimidating as Archer.

When Mitchell Starc, who has yet to play in this series, gets it right, he can bowl at 90mph and swing the ball. But he attacks the stumps – he doesn’t bowl aggressive spells like we saw Archer bowl so easily the other day. That’s probably the only thing with Starc – he bowls good pace and he’s going to get you out, but he’s not going to really intimidate you the way Archer does, he noted.

While it s going to be a good contest at Headingly, McGrath feels that Australia do have the edge. I’m still backing Australia, of course. I think England still have a lot of worries in their top order and with three Tests to go and Australia leading 1-0, England have to win at least two, he said.

England will be buoyed by Archer coming in and doing as well as he did – but there’s a long way to go in this series yet. 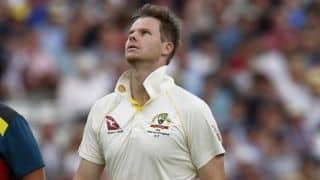