From 286/9, Ben Stokes dominated an unbroken last-wicket stand of 76 with Jack Leach.

Ben Stokes made headlines Sunday after scoring a thrilling unbeaten 135 to drag England to their highest successful run chase of 359 and level the 2019 Ashes at 1-1 with two Tests to play.

England, having been rolled for 67 in their first innings, were set a record chase by Australia and achieved it with one wicket left on day four of the third Ashes Test at Headingley. Starring for the hosts was World Cup-winner Stokes, who batted 330 minutes and 219 deliveries for an unbeaten 135 while putting on 76 for the last wicket with last man Jack Leach.

After the celebrations inside the England dressing room, Stokes took to twitter to express his love for Test cricket and hailed Leach, who took the single that levelled the scores on Sunday, as “a legend”.

I fucking(don’t care if I get fined) love Test Match Cricket and I love englandcricket #ashes @jackleach1991 is a legend https://t.co/sJAep39o22

In an earlier tweet, Stokes had suggested to British multinational optical retail chain Specsavers, which sponsers the Ashes and the County Championship, that they provide Leach with ‘free glasses for life’.

On day three of the Leeds Test, Stokes had batted 50 deliveries for two runs before stumps. His third ran came up off his 73rd delivery faced. His half-century needed 152 balls. As wickets fell, Stokes hung on from one end. He did not celebrate his century, which was raised in a period of stunning T20-style hitting, and only erupted as soon as he hit the winning runs.

Once Leach joined him, with England needing 73 runs to win, Stokes opened up with some audacious hits. 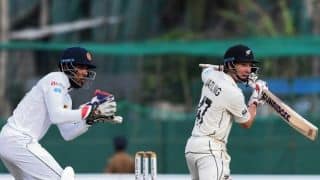 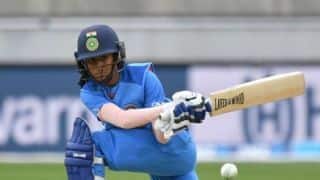