Panesar reckons Moeen should return for Joe Root s side next week, probably in place of Leach.

Former England spinner Monty Panesar insists Moeen Ali to be recalled for the fourth Ashes Test, which starts next Wednesday at Old Trafford.

Left-arm spinner Jack Leach contributed just one run to the partnership with Stokes, but faced 17 balls. He only bowled 11 overs on his way to one wicket for 46 runs in the second innings.

I expect Moeen to get a recall at Old Trafford because the ball turns there. He is batting good and he has his confidence back. I think he should be included and if I was an England selector, I would recall him for the fourth Test, Panesar, who played 50 Tests for England, told Press Association news agency on Tuesday.

READ: Gay couple defended by Ben Stokes in Bristol brawl call for him to be knighted

Moeen was dropped after Australia went 1-0 up in the series with victory at Edgbaston earlier this month. He scored a combined total of four and claimed three for 172 across two innings.

Moeen then took a short break from the game but he returned within a week and featured in a County Championship Division Two match against Northamptonshire where he scored 42 and 40, and picked up three wickets. He also an unbeaten 85 at Edgbaston in a Vitality Blast match against Birmingham.

Panesar reckons Moeen should return for Joe Root s side next week, probably in place of Leach.

I think England are a stronger team when Moeen Ali is in there. Obviously, Jack Leach provides that left-arm spin, but the team is stronger with Moeen, Panesar added.

Jack is an old-fashioned, traditional spinner. He will not get the same purchase as Nathan Lyon. He has the ability to win games in helpful conditions and the challenge for him will be to take first innings wickets, but he shouldn t put too much pressure on himself if that doesn t happen. 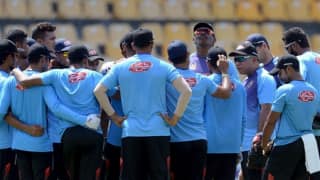 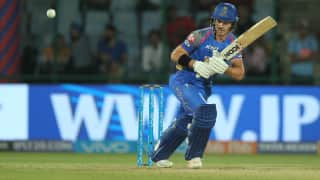