The veteran pacer left the field on Day one of the first Ashes Test after experiencing tightness in his right calf.

Having left the field for scans on Day one of the Ashes opener after tight calf , it is now reported that England pacer James Anderson is set to be ruled out of the next two Tests.

The veteran pacer experienced tightness in his right calf after bowling just four overs on the opening morning of the first Test at Edgbaston in Birmingham on Thursday. The 37-year-old underwent a training session on the outfield ahead of the start of play on Day two.

? England’s James Anderson, who only bowled four overs yesterday due to a calf injury, underwent a training session on the outfield this morning.

Could we see him in action again this Test?#Ashes pic.twitter.com/aPA4h8Sl4Z

However, according to a report in Evening Standard, Anderson will not play at Lord s and Headingley in the second and third Test respectively. Anderson, who has 575 Test wickets the most for a pacer in the longest format of the game -, will likely to be available for the fourth Test which begins on September 4 in Manchester.

Anderson’s new-ball partner, Stuart Broad, said that the former was down and frustrated after leaving the field on day one of the first Ashes Test against Australia.

He is down, he s frustrated he is distraught he couldn t be out there today. He feels like he s let the bowling group down but he hasn t. Niggles are a part of fast bowling, but he s down in the dumps as you d expect, Broad, who scalped five wickets, said after stumps on Day one.

He actually came and said sorry to all the bowlers. Not that he s got anything to be sorry for, but he s just he s distraught he couldn t be out there today,” he added.

I don t know what the next steps are, the scan could show it s not much and he could be able to bowl in the second innings or it could show something and it s a couple of weeks, concluded Broad. 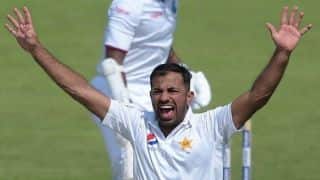 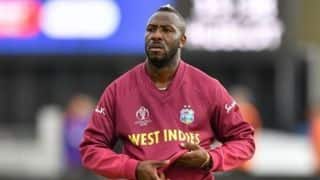