James Anderson has left Edgbaston to have a scan on a 'tight' calf giving his team an early injury scare with the Ashes 2019 getting underway from Thursday.

England pacer James Anderson has left Edgbaston to have scans on a ‘tight’ calf giving his team an early injury scare with the Ashes 2019 getting underway from Thursday.

Anderson experienced tightness on his right calf after bowling just four overs on the first morning of the Ashes opener against Australia before leaving for scans at the lunch break. He though fielded for most of the first session during which Australia lost their top order quickly before Travis Head and Steve Smith combined to take them to 83/3.

“Jimmy Anderson has tightness to his right calf and will have a scan this afternoon. A further update will be given later today. He felt tightness at the end of his fourth over,” England cricket tweeted on Thursday.

Anderson tested Australia early but it was his new-ball partner Stuart Broad who tasted success, getting rid of both the openers cheaply. David Warner was the first to depart, being trapped lbw although replays showed that delivery would have missed the stump and would have saved the Australian had he opted to review on the on-field call.

Cameron Bancroft was the next to walk back, caught for eight by captain Joe Root.

Chris Woakes then left the tourists in trouble when he removed Usman Khawaja (13). At 35/3, Smith was joined by Head and the duo ensured no further damage. 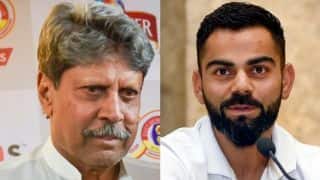 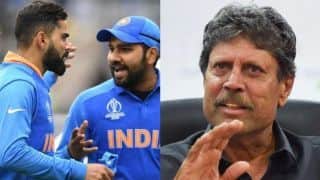 Differences of opinion does not mean you will be pulling somebody down: Kapil Dev on Kohli-Rohit rift reports