England will be banking on Archer as they look to level the series after losing the opening Test by 251 runs.

On a day when Australia coach Justin Langer shot a warning of sorts to Jofra Archer, the England pacer, who is set to make his Test debut at Lord s during the second Ashes Test, said that he is more ready than ever been to play in the longest format of the game.

I m probably more ready than I ve ever been. I think Justin Langer has another thing coming. I ve played a lot more red ball than I have white ball. I do think it s my preferred format anyway. I personally believe in Test cricket you get a lot more opportunities to redeem yourself, Archer said on Monday.

It was actually the first format I played in when I started at Sussex. If it s 50 overs, when you don t have a good 10-overs, that s it. You ve got to wait till the next game. You have ample chances to do it in a red-ball game, he added.

While Archer is in line to make his Test debut, England will be without the services of James Anderson after the veteran pacer was ruled out of the second Test following a calf injury in the Ashes opener at Edgbaston.

Asked whether Anderson s absence will put pressure on Archer, the right-arm pacer said: What I would say firstly is don t expect any miracles!

I can t work miracles I ll try to but I don t think that s how it might pan out. I ll try my best and I can only give my best, he added.

While Archer was picked in the squad for the first Test, he was not picked in the playing XI. However, he made a case for himself as he scalped six wickets and scored a hundred in Sussex s Second XI s game against Gloucestershire last Tuesday. 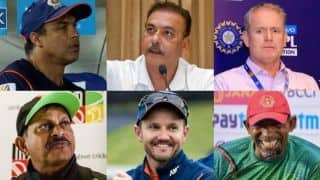