They are the first two names on the teamsheet for me: Anderson, Broad key to England’s Ashes glory, says Harmison

They are the first two names on the teamsheet for me: Anderson, Broad key to England’s Ashes glory, says H

Test cricket's oldest battle resumes at Edgbaston on Thursday, with Joe Root's side aiming to maintain the feel-good factor in English cricket after World Cup glory.

Veteran pacemen James Anderson and Stuart Broad hold the key to England‘s bid to reclaim the Ashes this summer, according to their former teammate Steve Harmison.

Test cricket’s oldest battle resumes at Edgbaston on Thursday, with Joe Root’s side aiming to maintain the feel-good factor in English cricket after World Cup glory.

But Harmison, who won the 2005 Ashes on home soil and played alongside Broad and Anderson during the 2009 series win over Australia, said England had the trump cards with their two experienced bowlers.

“Australia have bowlers who can blast you away — Pat Cummins, Mitchell Starc, James Pattinson and Josh Hazlewood.

“They’ll be down on pace compared to the opposition, but they’ll have total control of what they’re doing.”

Harmison added: “Broad and Anderson are still the first two names on the teamsheet for me, because in English conditions it’s still better to have their experience than any 90-miles-per-hour bowler.”

Anderson, England’s leading Test wicket-taker with 575 scalps, missed the 143-run victory over Ireland with a calf strain but is expected to play against Australia.

Jofra Archer was also named in the squad after a side strain and should provide the raw pace to supplement Broad and Anderson.

England’s batting is a concern after Ireland bowled them out for 85 in their first innings at Lord’s but Australia also have batting frailties and few of their players looked in good touch during an inter-squad warm-up match.

“David Warner and Steve Smith coming back (from suspension) helps Australia, but there are question marks over their middle order,” said Harmison.

“That’s what makes this series so interesting, and England’s middle order could make that 70-80 run difference.

“I don’t think it’s going to be a series of high quality as the two teams are not as good as their white-ball sides.

“But sometimes that lack of quality can make for a better series. England are slight favourites with the home advantage, but I see it a lot closer than people think. I take England to win by the odd game.” 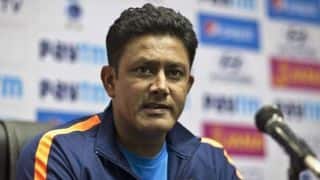 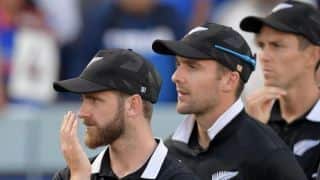