Matthew Wade has been picked ahead of Alex Carey in a 17-man Australia squad.

Neser, 29, is one of seven pace-bowling options in Australia’s Ashes squad behind Pat Cummins, Mitch Starc, Josh Hazlewood, James Pattinson, Peter Siddle and Mitchell Marsh. In the intra-squad match in Southampton, Neser claimed 4/42 on the opening day to impress the selectors ahead of the Ashes.

Marsh has been named as one of two allrounders, the other being Marnus Labuschagne who offers Australia another spin-bowling option after specialist slow bowler Nathan Lyon. With scores of 29 off 33 balls and 23 from 39, to go with 5/34 in the Haddin XII’s second innings in Southampton, Marsh has earned himself a Test recall. Labuschagne, capped five times in Tests, is the top run-getter in Division Two of the ongoing County Championship for Glamorgan (1114 at 65.52, with five centuries and five fifties) and his solid 41 on day one on a tricky Ageas Bowl surface tipped the scales in his favour.

The trio of David Warner, Steven Smith and Cameron Bancroft are back for the first time in Tests since completing their bans for the ball-tampering scandal in Cape Town last year. Bancroft is back after scoring runs for Western Australia in the Sheffield Shield, for Durham in county cricket (726 at 45.37) and 93 not out in the intra-squad game.

Wade, who last played a Test match in 2017, has been picked on the basis of having he scored three centuries on tour with Australia A and is coming off a Sheffield Shield season in which he crossed 1000 runs. He will be Paine’s wicketkeeping understudy, having edged out Australia’s limited-overs vice-captain Alex Carey.

Usman Khawaja, still not 100% after suffering a hamstring injury, has been named alongside Marcus Harris and Travis Head.

Pattinson, who has not played for Australia since 2016, has been recalled after taking 4/23 in 23 overs in Southampton and bowling fast during Australia A’s tour of England. Siddle’s experience of playing in England for Essex has seen him pip Chris Tremain and Jackson Bird to join a strong Australia pace attack.

“It has been a difficult task to reduce the 25-player squad here in Southampton down to 17 and those who have not made the final Ashes party are all desperately unlucky,” said national selector Trevor Hohns. “However, that problem also highlights that we have a degree of depth to select from and that is a terrific positive.

“We have had excellent preparations for this series, with eight players from this squad forming part of the Australia A tour that has been in the UK for more than a month, six who took part in the ICC Cricket World Cup, and three who have been playing county cricket. It means the players are acclimatised and ready for the first Test.”

The Ashes start on August 1 at Edgbaston. 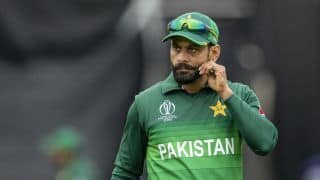 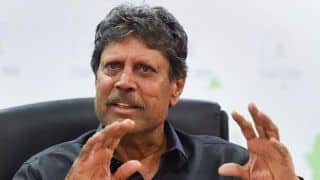