Langer admitted Smith s absence will be a huge loss, but it effectively cancels out the absence of England s leading Test wicket-taker James Anderson.

Australia coach Justin Langer has refused to be drawn into an emotional battle after Steve Smith, who suffered a sickening blow to the head by a Jofra Archer bouncer, was ruled out for the third Test at Headingley that begins on August 22.

Smith, who has been Australia s best batsman in the Ashes 2019 series so far, was forced to retire 80* after he was struck by Archer s short ball on Day 4 in the second Test at Lord s.

“We know what our plans are to beat England. What we’re not going to do is get caught up in an emotional battle about who’s going to bowl the quickest bouncers, Langer said on Tuesday.

We’re here to win the Test match, not see how many helmets we can hit. You can’t get out with a bruise on your arm. We just continue to pick the team we think will win. This is a different ground and I think the wicket will be quite slow, not as fast as some of the wickets we’ve seen.

I’m sure the bouncer will still be a part of every bowler’s armoury. If it helps us get batsmen out, we’ll use it, otherwise we’ll keep sticking to the plan.”

Langer admitted Smith s absence will be a huge loss, but it effectively cancels out the absence of England s leading Test wicket-taker James Anderson.

“It’s not unlike Anderson. He’s arguably their best bowler and we’re going to lose arguably our best batter for this Test match. So, it’s a blow, no doubt about that, he said.

He felt a bit better yesterday but he’s not going to have time to tick off everything he needs to do to be able to play. He loves batting and he wants to play but he understands he’s not 100 per cent yet.

You take your best players out and it always has an impact, so we’ve got to make sure our other guys step up and fill almost unfillable shoes, because he’s the best player in the world. We’ve talked the whole time about a squad mentality, being ready, and I’m confident they’ll do that.

Australia are yet to name their playing XI for the third Test. Marnus Labuschagne, Smith s concussed substitute, is likely to come into the equation, specially after grabbing the opportunity and notching up 59. 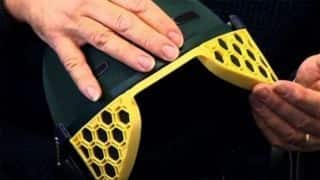