Mushfiqur Rahim rued the fact that he did not bat till the end of the innings.

Bangladesh s in form wicketkeeper-batsman Mushfiqur Rahim rated his crucial 99-run knock against Pakistan in their last Super Four 2018 Asia Cup clash among his top five innings and said that the win mattered more than his milestone.

Rahim entered when Bangladesh were tottering at 12 for 3. He then stitched a 144-run stand with Mohammad Mithun for the fourth wicket as the duo brought stability to the innings. Rahim missed out on his seventh ODI hundred by just one run and became the first Bangladesh player to be dismissed on 99 in international cricket.

“This [innings] is definitely top five. We needed one partnership badly at that time,” Rahim at the Sheikh Zayed Stadium in Abu Dhabi on Wednesday.

“The unavailability of Shakib Al Hasan and Tamim Iqbal, the fact that we were three down early, it certainly makes it special. Also, Pakistan’s attack, their understanding of these conditions, those factors contribute to make it an important win.”

Bangladesh ended their innings at 239 and the bowling duo of Mustafizur Rahman and Mehidy Hasan combined perfectly well to restrict Pakistan to 202/9 thus sealing a 37-run win.

To be honest, after winning, I am not hurting anymore. If I scored a century, and we scored 260 but lost the match, I wouldn t have felt good. This is not just lip service, but comes from my heart, Rahim said.

Rahim rued the fact that he did not bat till the end of the innings. My disappointment (at getting out) was heightened because, as I kept saying after going into the dressing room, as a set batsman I should have batted at least until the 48th over.

“With the bowling quality they have even at the death, it is not easy to hit when you are new to the crease. We barely scored 100 runs in the last 20 overs. 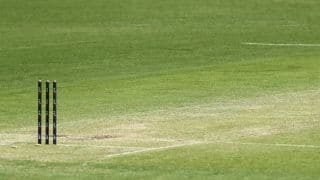