Mohammad Hafeez and Imad Wasim are the notable omissions, based on fitness parameters, from Pakistan s squad for the 2018 Asia Cup, to be held in the UAE from September 15-28, with the uncapped Shan Masood recalled in a 16-member unit that features six pace bowlers.

Hafeez, 37, played just two T20Is in Zimbabwe in July in which he scored 7 and 0 and took wickets, while in in five ODIs in New Zealand back in January he scored 1, 60, 0, 81 and 6. Hafeez was allowed to resume bowling in international cricket from May 1, after his rejigged action was cleared by the ICC following another report – his third overall – in October 2017. In mid-May, Hafeez was served a show cause notice by the Pakistan Cricket Board (PCB) for his outburst against the ICC s process of calling suspect actions, in which he termed something suspicious .

When announcing the squad in Lahore on Tuesday, the PCB s chief selector, Inzamam-ul-Haq, offered hope to Hafeez that his international career was not over because he was in the probable for the 2019 ICC Cricket World Cup.

“We conducted fitness tests and since there is no compromise on fitness we have not included Hafeez and Imad Wasim. As far as Hafeez is concerned he is meeting our criteria. He should not get disappointed [as] he is in our plans, said Inzamam.

Masood, who has only played Tests for Pakistan, finds a place in the ODI squad for the first time. He last played List A cricket in May, when he scored 240 runs at 60 for Khyber Pakhtunkhwa in the Pakistan Cup.

Imad, 29, was the only member of Pakistan s 18-man preliminary squad to fail the required fitness test on Monday. Given a second chance on Tuesday, the left-arm spinner failed. His place has gone to Mohammad Nawaz.

Pakistan are placed in Group A of the Asia Cup along with India and a qualifier. They will face India on September 19 after opening their campaign three days earlier against the qualifier. 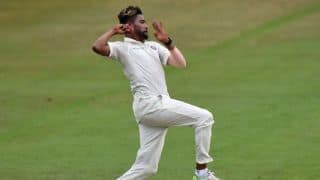 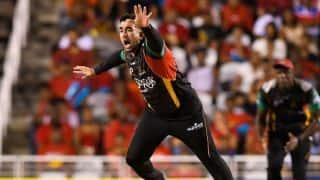