Besides sorting out team combinations, Mushtaq feels that Pakistan should have also played top teams before the 2018 Asia Cup began.

Pakistan s campaign in the 2018 Asia Cup came to a disappointing end following a 37-run chastening defeat against Bangladesh in their last Super Four match on Wednesday.

While the bowlers did the job after bundling Bangladesh for 239, it was the frail batting line-up that was once again exposed. Pakistan lost their first three wickets with just 18 on the board in the fourth over. Even the two partnerships between veteran all-rounder Shoaib Malik and Imam-ul-Haq that yielded 67 runs for the fourth wicket and Asif Ali and Imam, who stitched a 71-run stand for the sixth wicket were insufficient as Pakistan ended 37 runs short of their target.

Former Pakistan off-spinner Saqlain Mushtaq lashed out at head coach Mickey Arthur for constantly chopping and changing the team. In this tournament, Mickey Arthur never had a clear vision of what is the best combination or what is the best eleven for Pakistan. We will keep doing too many experiments. The batting line-up had no quality, Mushtaq told ESPNCricinfo.

In the Champions Trophy, there was Mohammad Hafeez. Azhar Ali was also there, but we put a label on him which said that Azhar can t play one-day cricket. I believe that if Azhar is best in Test cricket, I think he will be able to do well in ODIs. He is still the best player in the top order whom you can rely on. There is no strategy whatsoever.

Besides sorting out team combinations, Mushtaq feels that Pakistan should have also played top teams before the 2018 Asia Cup began. We never played against a top team after the Champions Trophy. We played against Zimbabwe, Afghanistan or Bangladesh. If you play with lower-ranked teams, you will not improve and you won t know where you are going, he said. 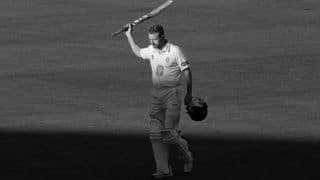 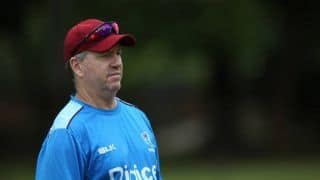