Ambati Rayudu and Kedar Jadhav have been recalled after proving their fitness, while Manish Pandey has earned a comeback.

Rohit Sharma has been named captain of India s 16-member ODI team for the 2018 Asia Cup, to be held in the UAE from September 15-28, with the BCCI selectors deciding to give Virat Kohli time off to rest his worrisome back.

From India s previous ODI assignment in England, the players to drop out are Suresh Raina, Shreyas Iyer, Umesh Yadav and Siddarth Kaul, with recalls for Ambati Rayudu, Kedar Jadhav and Jasprit Bumrah and a maiden call-up for Rajasthan seamer Khaleel Ahmed. Manish Pandey has also been included after a run of excellent form over the past week.

Since he returned to competitive cricket after a month s break, Kohli has played each game of India s tour of the UK, which has spanned five Twenty20 internationals, three ODIs and four Tests, including the ongoing Southampton match. While there were murmurs of pressure from the host broadcasters on Kohli to go to the UAE given the facelift his presence would give to this low-key tournament, the BCCI has decided to give him time off in view of the home series versus West Indies in October-November and the four-Test tour of Australia from December 6.

Khaleel s first call-up to a senior India squad comes after a sustained period of success for Rajasthan and India A, across formats. The 20-year-old took 17 wickets in the Syed Mushtaq Ali Trophy in January, and then broke into the India A team for the tour of England where he took eight wickets in four games. During the recent quadrangular series at home, Khaleel took nine wickets in four games.

“There are two-three slots we are yet to see before we fix the final team for the World Cup and one of the slots is a seamer slot which is available. We are looking at a left-hander option in Khaleel Ahmed,”said MSK Prasad, the BCCI’s chief selector, in Mumbai on Saturday.

Rayudu, 32, had lost his place in India s ODI squad in June after failing the mandatory Yo-Yo test at the National Cricket Academy in Bengaluru. Once he passed it, Rayudu was jettisoned into the Indian A squad that won the quadrangular tournament this week. Scores of 62*, 48, 11 and 66 were good enough to earn him a recall. He last played an ODI in June 2016.

Jadhav, 29, did not fare as well for India B in the quadrangular, with scores of 23, 2* and 5. He returned to competitive cricket in that competition for his first taste of cricket since he was sidelined on the opening day of the IPL in April with a hamstring injury. He was a regular in India s ODI team until he suffered a grade 2 hamstring tear during Chennai Super Kings opening match on April 7. Jadhav has played 40 ODIs from which he has scored 798 runs at 39.90, and a strike-rate of 109.01, to go with 16 wickets at a handy economy rate of 5.18.

Bumrah has been added after a successful Test return recently and Dinesh Karthik kept his place as back-up wicketkeeper to MS Dhoni. Bumrah slots into a pace attack featuring Bhuvneshwar Kumar, slotted back into action for India A this week and took 3/33 in nine overs, Shardul Thakur, the uncapped Khaleel and Hardik Pandya.

Rohit led India to victory in the Nidahas Trophy in Bangladesh earlier this year, and has previously led in ODIs in late 2017 against Sri Lanka, a series in which he scored his third double-hundred.

India are placed in Group A of the Asia Cup along with Pakistan and a qualifier. The competition is scheduled to start from September 15 with Bangladesh locking horns with Sri Lanka in the opening match. India and Pakistan will face each other on September 19. The last the two teams met was in Champions Trophy final 2017 which Pakistan won.

The previous Asia Cup was a Twenty20 format tournament held in Bangladesh in 2016. The Indian team, under Dhoni, won the title. 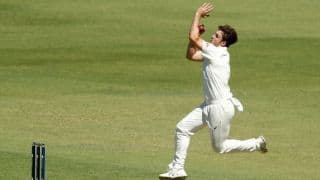 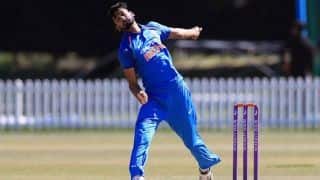