Mitchell Starc made his comeback in the domestic Sheffield Shield competition last week, bowling 19 overs and fielding in the slips.

Perth: Australia’s pace spearhead Mitchell Starc said Monday he is ready to play in this week’s Test series-opener against South Africa even though he is still recovering from a nasty leg laceration. Starc has been fighting to be fit to face the Proteas after a gruesome training accident in September resulted in a gash in his left leg that needed 30 stitches. He made his comeback in the domestic Sheffield Shield competition last week, bowling 19 overs and fielding in the slips. Starc insists he will be fit to take on the South Africans in the first Test starting Thursday despite the need to safeguard his bandaged left leg. “Clean it every day, put a patch on it and away you go,” he told reporters in Perth, adding that he hoped a knee pad would allow him to slide and dive while fielding. Full Cricket Scorecard: Australia vs South Africa 1st Test at Perth

“It’s not bleeding, it’s healing nicely. Even if it does break open a little bit [more] it’s not going to play on my mind. My knee is structurally fine.” Starc’s workloads will be monitored by Cricket Australia medical staff. The WACA ground curator Matt Page has vowed to leave more grass on the strip to try to avoid a repeat of last year’s attritional high-scoring draw against New Zealand. Starc said he had not forgotten the “pretty disappointing” unresponsive WACA wicket in last year’s Test, when David Warner and Ross Taylor both posted double tons. “That was the toughest wicket to bowl on. It was so hard and flat and didn’t have that pace you’d normally see at the WACA,” Starc said.

“I hope it’s a lot better and shows a little bit of the WACA of old, and hopefully a bit of an extra bounce and pace.” Starc looms as an influential player in the three-Test series, having missed out on Australia’s record 5-0 one-day international series drubbing in South Africa earlier in October. The left-armer has taken 115 wickets at 27.36 in his 28 Tests. 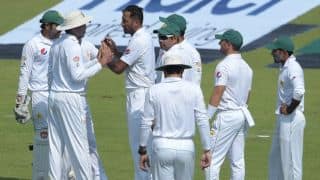 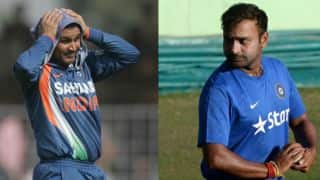