Peter Siddle says if Australia can take on Kagiso Rabada and win, it means more work for Dale Steyn and the less threatening he will become.

South Africa‘s youngster and pace sensation Kagiso Rabada will be in Australia‘s mind and targetted, as revealed by Peter Siddle, when the two heavyweight teams clash for the three-Test series Down Under. The first Test will be played at in Perth starting from November 3. South Africa boast a powerful and menacing fast-bowling attack in their 16-man squad for the Test series which will be spearheaded by pace ace Dale Steyn including Rabada, Morne Morkel, Vernon Philander and Kyle Abbott. Rabada, who is the fastest of the lot, and will be attacked by the hosts’, believes Siddle. ALSO READ: Kagiso Rabada South Africa s Test, ODI, and Cricketer of the Year; Imran Tahir bags T20I Player of the Year

According to Cricket Australia, Rabada is coming along well. It’s a good find for them and he’s progressing well. So it’ll be interesting to see how he goes over here in a big series. There will be a fair bit of pressure on him I think, coming out to Australia and all the hype around the series and that type of thing. I don’t reckon (he is a danger man). I reckon he’s the man we can sort of target. In the past other countries have brought out players like that – you sort of think of (England’s) Steven Finn a few Ashes series ago (2010-11) when they brought him out”, told Siddle.

“He might have taken a few wickets but he did leak a lot of runs. There was a lot of pressure on him, from his end.So that’s the sort of thing that we could look to do to Rabada”, added the 31-year-old. ALSO READ: Kagiso Rabada: South Africa s ODI series win in India best moment of my career

Rabada was a star for South Africa’s Under-19 side before bursting on to the international scene in a Twenty20 (T20I) against Australia in November 2014. He made a dream start to his One-Day International (ODI) career, capturing the best figures by a South African on debut and a hat-trick to boot against Bangladesh in Dhaka.

The strapping quick made his Test debut in November 2015 against India in Mohali, and in the seven Tests that he has featured since, he has earned 29 wickets at 24.44. 13 of those wickets came against England in January 2016 which included a 7 for 112 and 6 for 32 to wipe out the tourists for 101 and win the fourth Test in Centurion.

Steyn was absent from that match after sustaining a shoulder injury in the first Test in Durban, but he returned to Test cricket in August 2016 against New Zealand, taking 5 for 33 in the second and final match to enable his side beat the Kiwis 1-0.

Siddle says if the Australian batsmen can take on Rabada and win, it means more work for Steyn and the less threatening he will become. “We know Dale, if he gets a big workload, it puts him under a lot of pressure. Dale and whoever else that third option is whether it’s Philander, Abbott or whoever it might be yeah, it’s going to put a lot of pressure on them (if Rabada leaks runs)”, concluded Siddle. 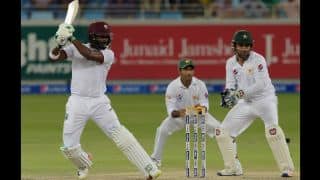 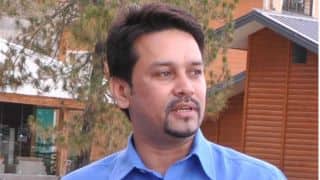