After scoring his maiden Test hundred, Australia‘s vice-captain Travis Head looked to the sky and had a quiet moment. After stumps on day two against Sri Lanka at Canberra’s Manuka Oval – making its Test debut – with his career-best 161 having helped Australia post 384/4, Head teared up while revealing that he one of those he dedicated his innings to was the late Phillip Hughes.

“A few, Hughesy as well, he told SEN Radio. I m a little bit emotional, to be honest.

Head played with Hughes for South Hughes before the latter died in 2014. (SCORECARD: AUSTRALIA vs SRI LANKA, 2nd TEST)

Head, in his seventh Test match, followed fellow centurion Joe Burns to three figures after tea at Manuka Oval, getting to the landmark with a driven four. After going 113 days without a Test centurion, Australia had two within an hour. (READ MORE: Joe Burns and Travis Head in record stand for Australia)

“He was obviously very emotional for his first hundred,” said Burns of Head’s hundred celebration. “Out in the middle you kind of don’t ask how someone’s feeling, I was just over the moon for him. To see a bloke, the hard work that’s he’s done all summer and for a number of years playing against him as well, you knew how good a player he was.

“I think it’s one of those innings today that will get him started in his Test career and get that first one out of the way and open the floodgates. I just wanted to hug him as hard as I could for as long as I could and keep batting with him. It was really enjoyable.”

Head, who last week scored 84 during the day-night Test against Sri Lanka, put on 308 with Burns (172*) which is now the best for Australia against Sri Lanka, outdoing the 260 that Steve Waugh and Dean Jones put on in Hobart in 1989.

I guess all the hard work I ve done this season, and over the last 12 to 18 months… it s nice to get a little bit of a reward, he said. 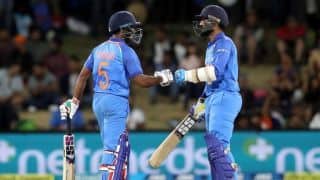 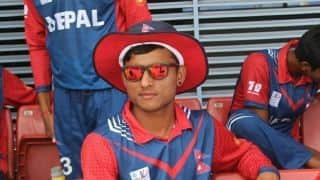