Shakib Al Hasan-led Dhaka Dynamites will take on Chittagong Vikings in the Eliminator on Monday.

Upul Tharanaga (42 off 30 balls) and Sunil Narine (35 off 13 balls) starred with the bat as Dhaka Dynamites beat Khulna Titans by six wickets in the 42nd game of the Bangladesh Premier League (BPL) 2019 at the Shere Bangla National Stadium in Dhaka on Saturday and sealed a place in the playoffs.

While the match was a must-win encounter for Dynamites following a defeat in their previous match against Comilla Victorians, the Shakib Al Hasan-led side had it easy as they outplayed Titans to reach the final four. (ALSO READ: Bangladesh Premier League: Comilla Victorians beat Dhaka Dynamites in a last-ball thriller)

Titans decision to bat first did not pay any dividends as Dynamites managed to strike at the regular intervals and restricted the Mahmudullah-led side to 123. Rubel Hossain (2/27) and Shakib (2/32) scalped two wickets each while David Wiese (30 off 27 balls) was the highest run-scorer for the Titans.

Titans needed wickets from the word go to defend the low score. But Narine, who opened the innings with Tharanga, was too hot to handle for the Titans bowlers and his 13-ball stay, where he hit 4 sixes and 2 fours played catalyst before Tharanga took Dynamites closer to the victory. While Shakib could score only a run, Nurul Hasan (27 not out off 26 balls) and Kieron Pollard (9 not out off 15 balls) made sure that Dynamites cross the finish line without any trouble.

While the Dynamites will now take on Chittagong Vikings in the Eliminator on Monday, Rangpur Riders and Comilla Victorians, who finished at the top and second spot respectively after the league stage, will square off in the Qualifier 1. (ALSO READ: BPL 2019: Rangpur Riders suffer major blow, Alex Hales ruled out of tournament) 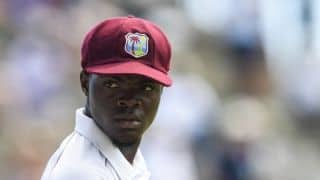