Taijul Islam was Man of the Series for taking 18 wickets in two Tests at an average of 20.55.

Beating Zimbabwe by 218 runs on day five of the second Test at Mirpur to level the two-match series 1-1 has come as tremendous relief for hosts Bangladesh, according to Mushfiqur Rahim and stand-in skipper Mahmudullah.

Bangladesh needed a win after going down by 151 runs in the first Test, and having set Zimbabwe a massive target of 443, took the remaining eight wickets required on the final day. This is Bangladesh’s fifth drawn Test series at home in the past five series saying back to April 2015; they lost 0-1 to Sri Lanka in January after four successive drawn series with India, South Africa, England and Australia.

Leading the bowling on day five was the offspinner Mehidy Hasan Miraz with 5/38 as Zimbabwe were bowled out for 224, which gave him eight wickets for the match; he also scored an unbeaten 68 in the company of Mushfiqur in the first innings and 27 not out in the second as Mahmudullah scored his second Test century.

Former captain Mushfiqur, who was Man of the Match for scoring an unbeaten double-century  in Bangladesh’s first innings, said the win at Mirpur was huge.

“We badly needed this,” said Mushfiqur after the win. “They played well in the first Test and even in this Test. I knew that it was really important to bat well in the first innings. All the bowlers bowled really well. Our records at home – we have dominated across all formats. The spinners have been amazing. It’s really great, hopefully they continue the good work.”

Stand-in captain Mahmudullah, who scored his second Test hundred after an eight-year gap as Bangladesh declared on day four with a lead of 442, was equally pleased with the win.

“Thanks to the boys for performing well, they showed the character,” he said. “We are still working hard and we need to look at that as well. Credit goes to Mushy and Mominul [Haque], the way they batted. Miraz scored some good runs. Taijul was excellent throughout the innings. I was struggling a bit. I still need to prove a bit more for myself as well as for my team. I would like to thank the crowd. Thank you all.”

Taijul Islam was Man of the Series for taking 18 wickets in two Tests at an average of 20.55, which saw him claim five in an innings on three straight occasions. 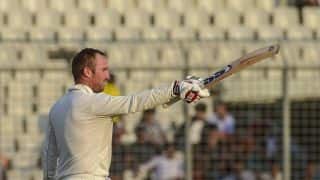 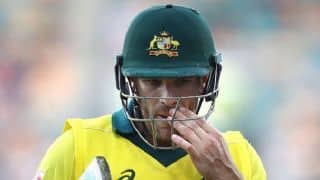