Dwarshius returned with exceptional figures of three for seven in four overs.

Defending champions Adelaide Strikers have suffered their fourth loss on the trot, while the Sixers have moved to the spot in the points table. (ALSO READ: Hobart Hurricanes cruise to nine-wicket win over Brisbane Heat)

Chasing a below par 125-run target, the Sixers coasted to victory with 35 balls remaining. Australian allrounder Henriques led from the front with an unbeaten 31-ball 61, his innings laced with five boundaries and four sixes. He was well supported by Daniel Hughes, who made 51 off 44, which included eight boundaries.

The Sixers lost two wickets inside the Powerplay. Josh Philippe was the first to depart after he was trapped leg before to Michael Neser for four. James Vince added nine before he was dismissed by Billy Stanlake on the last ball of the third over. From thereon, Hughes and Henriques combined to add 106 runs for the third wicket to seal the match. (ALSO READ: Tremain, Christian power Melbourne Renegades to 78-run win)

Earlier, Jake Lehmann top scored with a run-a-ball 46 as the Strikers ended up with a just 125/8 in 20 overs. Nesser made a significant contribution with the bat and added 31 off 21 in the end that enable to defending champs cross the 100-run mark at a time when they were down in the dumps at 96/6 in the 18th over.

Dwarshius returned with exceptional figures of three for seven in four overs. Sean Abbott pocketed two in his four overs and went for 25 runs. 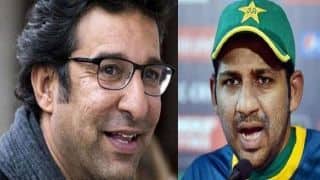 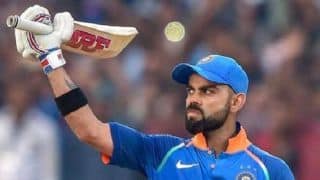