New Delhi: Adhering strictly to the Supreme Court diktat of letting in only office-bearers, the BCCI on Wednesday did not allow its Chief Executive Officer (CEO) Rahul Johri to attend the Special General Meeting (SGM). Along with Johri, the representatives Odisha and Punjab were debarred from the meeting as the representatives were not office-bearers. As per the SC order, the ones eligible are president, vice president, secretary, joint/assistant Secretary and treasurer. It was learnt that Johri was told by Amitabh Choudhary that he along with all other BCCI employees should leave the meeting premises as SC order of July 24 states that only office-bearers should be attending the meeting. BCCI CEO Johri sends notice to Sridhar over graft case

While it is not a rule but a convention, a team of BCCI employees are always available for secretarial help during these meetings but a wary BCCI went straight by the book. “Johri is not an office bearer but a salaried employee of BCCI. While he attended all previous SGMs, we can’t take a chance this time as we have to honour SC order in letter and spirit. All employees were told by acting secretary that they have to leave the room,” a state unit representative, who did not wish to be named, told PTI. BCCI seek demarcation in roles of office-bearers and professionals

It was learnt that Choudhary personally checked all the letters of authorisation brought by representatives so that there is no violation of apex court’s order. 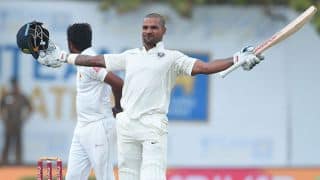