Despite initial reports suggesting that the Board of Control for Cricket in India (BCCI) was unhappy with India’s crammed Asia Cup 2018 fixtures, the schedule will remain unchanged.

India’s two matches at the Asia Cup have been scheduled on consecutive days that includes a highly-anticipated clash against Pakistan on September 19. After the scheduled was announced last month, a report claimed that the BCCI was unhappy at the ‘mindless scheduling’ as India were to play a qualifier a day before meeting Pakistan.

Reacting to the uproar, former opener Virender Sehwag had suggested India to boycott the tournament.

However, as per a report in the Mumbai Mirror, BCCI CEO Rahul Johri has confirmed that there will be no change in the fixtures for the Indian team.

The Asia Cup starts from September 15 with Bangladesh taking on Sri Lanka. India begin their campaign against a qualifier on September 18 before meeting Pakistan the next day.

The 2018 edition is being hosted in UAE and will see the participation of six teams including India, Pakistan, Sri Lanka, Bangladesh, Afghanistan and a qualifier. It was BCCI’s turn to host the tournament but due to the political tensions between India and Pakistan, the venue was changed.

The Emirates Cricket Board (ECB) will be organising matches at Dubai and Abu Dhabi under its supervision and will be compensated for its services. “Today, the agreement was signed between the boards and ECB will be paid for the conduct of the event,” Johri was quoted as saying by the Mumbai Mirror on Saturday. 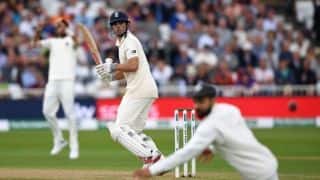 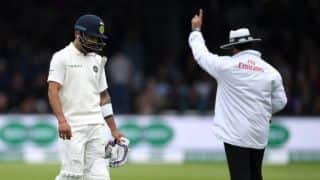