IPL organisers may settle upon UAE as the venue due to its excellent stadiums and infrastructure.

United Arab Emirates (UAE)’s name for the hosting of the seventh edition of the Indian Premier League (IPL) has come forth, as the general elections in India may force the cash-rich league to be switched out of India. Earlier, South Africa was in contention for hosting the IPL after said they will be unable to provide adequate security cover for the Twenty20 tournament in India.

According to reports in Gulf News, Board of Control for Cricket in India (BCCI) authorities may have approached Emirates Cricket Board (ECB) on the possibility for hosting the IPL.

“We are yet to be contacted to do any presentation. In case they do ask, we are ready and our facilities will be made ready for the event,” said David East, Chief Executive of the ECB.

The final decision of will be taken during the IPL’s Governing Council meeting on February 28 in Bhubaneshwar.

The IPL is likely to be held from April 9 to June 3.

Ranjib Biswal, chairman of the IPL Governing Council has also stated that since the general elections in India will extend upto May 11, the possibility of the first-leg of matches being shifted to either UAE or South Africa looks strong enough.

But Biswas concluded that the last leg of matches will definitely be played in India, which also include the play-off stages. As a result, a maximum of 10 matches are likely to be played away from India and a final schedule of the remaining matches will be drawn up once the dates of the general elections are announced.

Though South Africa remains as the hot favourites to host the first-leg of IPL matches, still the organisers may finally settle upon UAE as the venue due to its excellent stadiums and infrastructure and also the matter of fact that it is closer to India than the Rainbow Nation.

The organisers may also dwell into the fact that hosting the IPL in UAE will be cost-effective and will also suit television timings for the Indian audience.

On the other hand South Africa has more stadiums than the UAE and has also hosted the tournament back in 2009 which proved to be a runaway success. 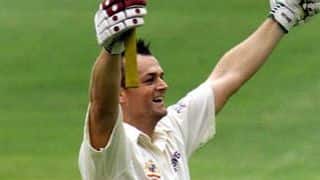 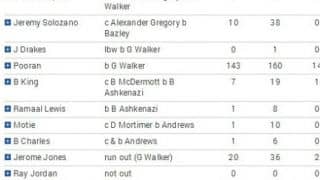