The three are asked to explain their positions as mentors of IPL teams as well as being a part of the Cricket Advisory Committee (CAC) of the board,

The Board of Control for Cricket in India (BCCI) Ombudsman DK Jain might have issued notices to the legendary Sachin Tendulkar and VVS Laxman on Wednesday, asking them to explain their positions as mentors of IPL teams as well as being a part of the Cricket Advisory Committee (CAC) of the board, but BCCI officials aren’t impressed.

The ombudsman issued the notices after Sanjeev Gupta, a life member of the Madhya Pradesh Cricket Association, alleged that Tendulkar and Laxman breached Rule 38 of the BCCI constitution.

Speaking to IANS, a senior BCCI official said that former cricketers are being made soft targets and these cases against Sourav Ganguly, Tendulkar and Laxman are nothing but another example of how the whole idea of conflict as noted in the newly registered constitution needs a re-look.

“This case is actually an illustration of the fallacy of the concept of conflict as codified in the BCCI constitution. No one had an issue when a particular individual was being targeted since that seemingly didn’t concern the rest of the world and it was serving the purpose of certain quarters. Now you have those same rules, which if applied thoroughly would keep Sachin, the greatest batsman ever, and Laxman away from either mentoring a group of emerging youngsters or from serving Indian cricket in other ways. (ALSO READ: BCCI Ombudsman summons Sourav Ganguly on April 20 over alleged Conflict of Interest charge)

“The dilemma that Sachin would face is of optics. The CoA led BCCI has not even utilised his services and has even ignored his advice as part of a committee whose functioning is in doubt because of the manner in which they have been treated. A simple aspect of disclosure would address the issues concerned. Any which way you look at it, Indian cricket is the loser when you restrict the contribution of special individuals such as Sachin, Sourav and Laxman,” the official explained. (ALSO READ: Sourav Ganguly willing to quit Cricket Advisory Committee to avoid conflict of interest)

Another board official echoed the sentiments and said: “It is not the case that people who are employed and don’t have an apparent conflict are not favouring people. Take the example of the appointment of coaches, trainers etc. In the absence of a transparent system ad-hoc appointments that are inexplicable have been made. Appointments of GMs have been shrouded in secrecy and controversy and that’s conflict too. You have the Indian team’s trainer connected with his family’s training institute as per reports and he is all powerful in the decisions regarding trainers. It is just that Sachin, Sourav and Laxman are soft targets so they bear the brunt,” the official rued.

Earlier, Jain met Delhi Capitals advisor Ganguly as well as the complainants in a conflict of interest matter against the former India skipper.

After a three-and-a-half-hour long discussion, Jain had asked all parties to give written submissions ahead of his verdict. (ALSO READ: Tendulkar, Laxman dragged into Conflict of Interest saga)

The three cricket fans from West Bengal had questioned Ganguly’s position as advisor of the Delhi Capitals while he is part of the CAC and also the President of the Cricket Association of Bengal. 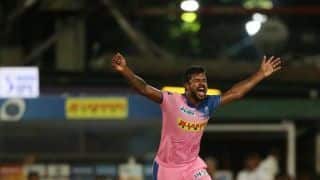 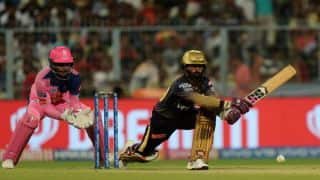