The Supreme Court had asked the trio to give suggestions on the cash-rich BCCI's draft constitution or else face serious consequences.

Mumbai: As per the direction, the Board of Control for Cricket in India (BCCI) has submitted the suggestions on the draft proposal prepared by Committee of Administrators (CoA) on the new constitution of the cricket body before the Supreme Court. In September, the apex court had once again reprimanded the BCCI for its constant delay in the implementation of Justice (Retd.) R.M. Lodha-led committee’s recommendations. Issuing a warning to three BCCI office bearers – Anirudh Choudhary, Amitabh Choudhary and CK Khanna, the Supreme Court had asked the trio to give suggestions on the cash-rich cricket body’s draft constitution or else face serious consequences. BCCI seeks MV Sridhar s replacement

The trio has been given a three-week deadline to give suggestions to CoA for a new constitution besides also being asked to personally appear before the court on October 30, the date of next hearing. On August 23, the apex court had instructed the CoA to prepare a draft of the new constitution as per the Lodha panel recommendations. The Supreme Court had then said that the draft constitution would be based on its directions of July 18, 2016. CoA head Vinod Rai had on September 8 informed that the draft for the new constitution of the BCCI has been made and it will be submitted in the court before September 19. CoA to BCA: Provide documents of Lodha committee reforms implementation

In its fifth status report, the Vinod Rai-led committee, on August 16 pulled up the BCCI for deliberately misconstruing the apex court’s order to bar CEO Rahul Johri and the legal team from attending the SGM held on July 26. In their fifth status report submitted to the apex court, the CoA said that the BCCI officials also used the Supreme Court’s expression of ‘etc’ to bring in a series of issues aimed at unraveling the fundamental core of reforms mandated by the apex court. BCCI finance committee proposes INR 50 crores fund for NE states

In a landmark judgment on July 18, 2016, the Supreme Court accepted major recommendations of Justice RM Lodha-led panel on structural reforms in the BCCI and had given six months deadline to the board implement the recommendations. On October 1 the same year, the board had accepted many of the “significant recommendations” of the Lodha Committee, but excluded the important ones which have been a bone of contention between the cricket body and the Lodha Panel. BCCI to reimburse state associations expenses incurred in domestic tournaments 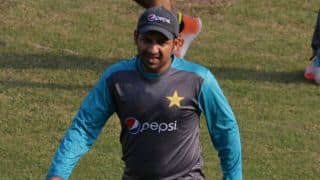 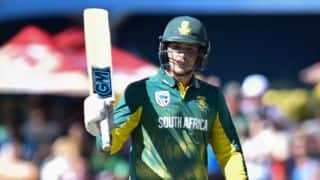