"I feel the captain's aggression mixed with maturity is what the country needs," Vinod Rai on Virat Kohli.

The Board of Control for Cricket in India (BCCI) may soon expand its three-member selection committee in a bid to strengthen the process of identifying prospects for the Indian team from domestic tournaments.

“We need more pairs of eyes to be watching because cricket is going on in at least five-seven centres all the time. And three members cannot be expected to be present everywhere,” the BCCI’s Committee of Administrators (COA) chief, Vinod Rai, told IANS.

Rai and former India captain Diana Edulji form the two-member COA team which the Supreme Court has assigned to run the BCCI. Acting on the recommendations of the Supreme Court-appointed Justice R.M. Lodha Committee, the BCCI had pruned the previous five-member selection committee to a three-member one last year by axing Jatin Paranjpe and Gagan Khoda.

Now headed by former India wicket-keeper M.S.K. Prasad, the panel also includes former Test players Devang Gandhi and Sarandeep Singh. While MSK is away with the Indian team which is currently playing in South Africa, there were only two national selectors left to keep a tab on the clutch of India prospects taking part in the just-concluded Syed Mushtaq Ali T20 tournament.

Rai said the CoA members have spoken to the Supreme Court about the need to increase the number of selectors. “Now if one is in South Africa, they can’t come back and go back again. So I think in terms of selectors, we will need some more. We have beefed up U-19, but Ranji (Trophy) and others we will need (more). The Supreme Court has cut it down from five to three. In our plea before the SC, we have said that we may have to re-think this. We are talking to the court on that,” Rai added.

The selectors picked Parthiv Patel as the second wicket-keeper for the ongoing tour of South Africa. With Wriddhiman Saha picking up an injury, Dinesh Karthik was flown in as a replacement, prompting many to question a mindset of constantly looking back to the previous decade instead of giving the younger crop an opportunity. Rai, however, backed the current panel, saying they have been doing a great job and have never let anybody mess around with their choices.

“I think the selection committee is fantastic. MSK and Devang are doing a great job and they won’t allow anybody to mess around with the selection,” the former Comptroller and Auditor General (CAG) said. Rai also backed India skipper Virat Kohli and head coach Ravi Shastri’s decision not to pick Ajinkya Rahane for the first two Tests and dropping Bhuvneshwar Kumar for the second match despite a good outing in the first, asserting that the pair should be given a free hand in these matters.

“Anybody can go wrong. I don’t know whether they made a mistake or not. I still don’t know, ok. But why should they not choose any particular player? What happens unfortunately is the moment we lose a game everybody piles on. He (Virat) must have been feeling bad himself that they lost. I think they did not play Bhuvi because they felt the ball won’t be moving in the conditions that were there. In the match that is going on (third Test), India are playing five seamers. Somebody was saying why Ishant (Sharma) and not Umesh (Yadav)? So people have opinions. We must leave it to the coach and captain,” Rai added.

India conceded the three-match series 0-2, losing the first two Tests by 72 and 135 runs. respectively. But the team bounced back to beat South Africa by 63 runs at the pacy and unpredictable Wanderers. “We have the best team in the world. We need to believe in them. I feel the captain’s aggression mixed with maturity is what the country needs,” Rai signed off. 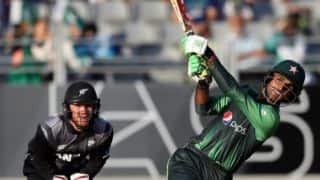