Keshri — regarded as a bright prospect — breathed his last on Monday, casting a gloom on the cricket fraternity.

Kolkata: East Bengal cricketer Sourav Mondal, whose collision with teammate Ankit Keshri while fielding led to the tragic death of the latter, is yet to come to terms with his grief. Reliving the fateful day of April 17, Mondal and Bhowanipore batsman Hrithik Chatterjee, who played the shot that eventually led to the collision, said the entire incident was like a nightmare which they were finding difficult to forget. Ankit Keshri, Bengal Under-23 cricketer dies after sustaining on field injury

Keshri, a former Bengal Under-19 captain, was hospitalised with a head injury on April 17 after colliding with Mondal during a Cricket Association of Bengal (CAB) senior knockout match against Bhowanipore. He succumbed to his injuries three days later.

Mondal recalled: “Ankit came on the field as a substitute and I was the bowler. Hrithik Chatterjee was batting when he skied a shot towards the cover region. I ran all out to pick up the ball as quickly as possible to deny them runs. Ankit was fielding at deep extra cover and I had no idea that he would come up chasing the ball. Maybe, he was eager to contribute to the team’s cause as he was just the 12th man.” Rahul Ghosh was deeply affected by Ankit Keshri’s death

Keshri — regarded as a bright prospect — breathed his last on Monday, casting a gloom on the cricket fraternity which was yet to forget the tragic demise of Australian batsman Philip Hughes’ in November last year after being hit by a bouncer in a domestic match. Rahul Ghosh condition stable but will be kept under observation, says his father

“I could not believe my ears when people told me that Ankit was no more. People advised me against visiting Ankit but I wanted to see him for one last time. I went to the hospital with my teammates and suddenly Ankit’s mother came to us running and said, ‘the whole team is here… where is my son? please bring him to me’. Her words still ring in my ears,” said Mondal, struggling to control his emotions. Sourav Ganguly disappointed with Ankit Keshri’s untimely death

Chatterjee, too, is undergoing a similar mental trauma. “At the end of the match, when I was told that Ankit is in the ICU but has regained consciousness and was stable, it felt nice to hear that news. But on Monday when I was told about his demise, it was like a nightmare… I couldn’t believe what I heard,” he said. “I kept reminding myself that such things did not happen… it was only a nightmare,” said Chatterjee. 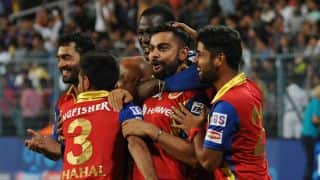 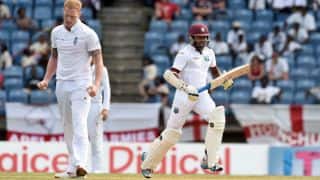