New Zealand won the tense semi-final against South Africa to advance to the final of the ICC World Cup 2015.

Former New Zealand captain Brendon McCullum in his autobiography Brendon McCullum Declared reveals that he could not watch the last tense moments of the ICC World Cup 2015 semi-final between New Zealand and South Africa at Auckland as he was smoking with two Indian caterers as he was too nervous to watch the match. Grant Elliott hit a six off Dale Steyn when New Zealand needed five from two deliveries. New Zealand won the match and made it to their first ever World Cup final, only to lose to co-hosts Australia in the final at the Melbourne Cricket Ground (MCG). Here are some excerpts from the book:

“Early in the tournament, Dale Steyn was quoted as saying: ‘If the team needs two wickets, I’ll take those wickets. If the opposition needs five runs off the last over, I’ll make sure they only get two. Whatever it takes.’ You’d have to take the man at his word. He’s done the job before on us and he’s not ranked number one ODI bowler for nothing. Dan [Daniel Vettori] is desperate to get Grant on strike. He swings, misses, but takes off anyway. Grant’s on to it and charges to the striker’s end before the keeper de Kock can throw down the wicket. Eleven runs off five balls. Grant can’t do better than a single off Steyn’s second ball, so Dan’s back on strike. Ten runs off four balls. Steyn needs treatment for a calf injury, which prolongs the agony for me and forty thousand others at the ground and countless millions glued to their TV sets around the world. I’m in my usual position in the dunnies at the back of the dressing room, smoking and listening to the crowd.

This time I’m not alone. Two Indian caterers, the guys who’re looking after us for our food in the changing room, join me. Like me, they can’t bear to watch. One of them says, ‘I’m really sorry Mr McCullum, but may I please have a cigarette? I am so nervous.’ So the three of us pile into my packet of fags. Outside, Steyn comes right and charges in. Dan does what Dan does best: finds a way. He glances a ball behind square on the off and it finds the gap. Six runs needed off three balls. Dan and Grant have a chat. When Dan can’t get his bat to the next delivery, he takes off for a bye and, once again, there’s nothing South Africa can do about it. Dan has done exactly what he needed to do: put Grant on strike for the winning and the losing of the game and a place in the final.

Five runs off two balls. Effectively – though I’m not sure whether Grant knows this – four runs for a tie would be enough, since we finished with more points than South Africa in the pool play and would take it on the count-back. Grant was a controversial selection in the squad, but we knew we might need his composure and experience for just such an occasion. But we couldn’t have imagined that he’d find himself facing his former countrymen with the power of triumph or disaster over them in his hands. READ: Trent Boult rates Brendon McCullum as one of New Zealand s greatest captain

Grant simply takes all the equations, count-backs, and even the last ball of the match out of the reckoning by pulling Steyn gloriously over mid-on for six. I never thought I’d hear a roar like the one Eden Park delivered when Kane finished off the Aussies with a six, but this is at least its equal. Everyone goes nuts.

In the bowels of the stadium, the two Indian caterers – I wish I knew their names – jump on me and the three of us dance round the dunnies together, then I rush through to the dressing room and out to the front. The boys are ecstatic, but out in the middle, Grant is perhaps the only one who’s still composed. After a huge victory pump and a hug with Dan, he bends down to a shattered Dale Steyn and offers him a hand up.” 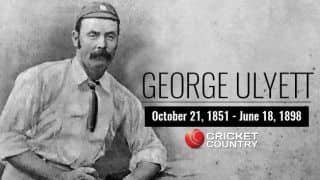