Dane Piedt had to walk off the field in the Hobart Hurricanes vs Cape Cobras sixth match of the Champions League T20 (CLT20) 2014 at Hyderabad. He injured his houlder while fielding off his own bowling, as Hashim Amla completed the over. 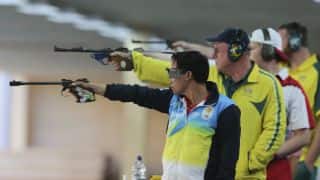