With Mashrafe Mortaza out with an injury, Tamim Iqbal will lead Bangladesh during the three-match ODI series in Sri Lanka.

Asked to lead Bangladesh in the absence on Mashrafe Mortaza during the three-match ODI series against Sri Lanka, Tamim Iqbal said that there will be a lot to prove for the team.

While Mortaza was ruled out to due to a hamstring injury, Shakib Al Hasan, the vice-captain, was not picked in the squad after he requested for a break for personal reasons.

“I think the series is very important and who are travelling with the team have a lot to prove because a lot of experienced cricketers are not going due to injury and other personal reasons,” Tamim was quoted as saying by Cricbuzz.

“This series will be challenging. Sri Lanka is a very strong team at home but we have done well in the past so there is no reason why we can’t do it this time. Those who are in the squad… if they grab this opportunity with both hands then it will be better for the team as well as for them too,” he added.

Tamim, who had a below-par World Cup, scoring 235 runs across 8 innings, said that the added responsibility of captaincy will not put him under pressure as he intends to return to form.

“I did not think that way (that leading the team will be an added pressure after failing to score big in the World Cup). I could not play to my expectation (in the World Cup) but there is a new challenge ahead and I am hoping something good will happen, let’s see.”

“If you think about your failure all the time then you are likely to fail again, so I am thinking what is ahead instead of what had passed away. I am trying to figure out the positives now and what I am saying is that this series is very important and we are hoping to do well as a team,” he concluded. 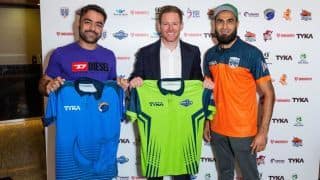