WI's participation in the World Cup is doubtful due to the pullout from the India tour.

Former West Indian skipper Carl Hooper urged the International Cricket Council (ICC) to intervene in the affairs of West Indian cricket, which is currently in a mess due to the dispute between the West Indian Cricket Board (WICB) and the players, which threatens to spoil Australia’s tour of the West indies and their participation of the World Cup.

“I can’t imagine we miss the World Cup but the players have to resolve this with the board. It is a mess up with a tour pull out and there are implications. The one-day team we have can win the World Cup if you add Sunil Narine and Chris Gayle, but now we will take a while to get settled again,” said Hooper on the issue of West Indies’ participation in the World Cup.

Hooper, a veteran of 102 Tests and 227 ODIs, also commented on the West Indian pullout from the scheduled tour of India, in which they were supposed to play five One-Day Internationals (ODI), a Twenty20 International (T20I), and three Tests. The West Indies team flew back to the Caribbean after the fourth ODI in Dharamsala, leaving the Board of Control for Cricket in India (BCCI) poorer by $65 million.

“India says it is not going to play any fixtures against us over the next five years, which will hurt us more than anything. That is a major blow and I hope it reconsiders as we don’t have sponsors jumping back and forth. The board needs money to keep cricket functioning,” Hooper was quoted as saying to News Corp.

Hooper also hoped for a solution to the row  involving the WICB, West Indies Players Association (WIPA) and  the players.

Hooper, who played 102 Tests for West Indies between 1987 and 2002, hoped for a healing process between the concerned parties. “I never saw this coming. There hadn’t been issues for years. Is the problem with players and Wavell Hinds or Hinds and the board? My gut feeling is the issue is between Wavell Hinds and the board and whatever was communicated to the players was different,” said Hooper.

The dispute arised when the players alleged that the WIPA President and former West Indies batsman Wavell Hinds had kept them in dark about a Memorandum of Understanding, which he signed with the WICB without the players consent. This could have led to the players losing money in order to fund the grass-roots setup.

The ICC maintained that they could not intervene in the issue directly, but they could offer West Indies’ World Cup participation fee to the BCCI. “West Indies cricket can’t afford this, if the board is hurt it will in turn hurt local competitions. The ICC should do something as you want strong cricketing nations,” added Hooper. 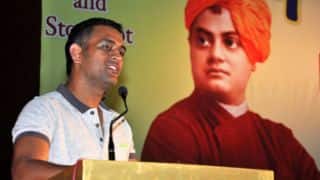 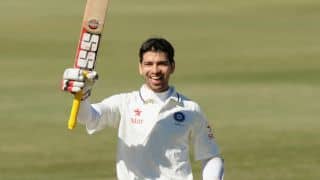