Cheteshwar Pujara flew back to Rajkot to cast his vote in the ongoing elections in India.

Chesteshwar Pujara playing for Kings XI Punjab in the Indian Premier League (IPL) 2014 has flown back to his home town Rajkot from United Arab Emirates (UAE) to cast his vote in the ongoing Lok Sabha elections in India. He will returning back to UAE and was accompanied by his wife Pooja.

Pujara belongs to Rajkot and has been made the ‘icon’ and ‘brand ambassador’ by the Election Commission for the polls in Rajkot. The district collector said he was proud that Pujara came back to vote and hopes he can inspire others to do the same.

I’ve voted, I urge you all to cast your precious vote pic.twitter.com/H5DZh1Pmjb

“It is everyone’s duty to vote for our new government and I also urge young and old alike to spare their valuable time and go for voting” Pujara told Times of India.

The IPL was shifted to the UAE due to the Lok Sabha elections in India and Punjab has enjoyed it winning all their matches there and remaining unbeaten. Pujara has opened the innings for Punjab with Virender Sehwag and hopes he can contribute with the bat at the top of the order.

Pujara has been a regular in the Indian Test team but hasn’t been able to find a place in the shorter format of the games. He has been praised for his performances in Test matches and hopes he can use IPL to make way into the squads of the shorter formats. 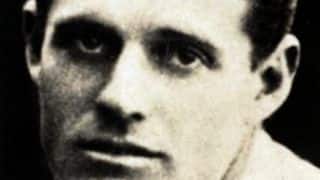 Charles Kelleway: A genuine all-rounder who played for Australia on either side of the First World War