If Khulna Titans got the better of Chittagong Vikings in their previous clash, Vikings have moved on since then and will be eager to comeback hard.

Chittagong Vikings (CHV) meet Khulna Titans (KT) in match no. 33 of the ongoing Bangladesh Premier League (BPL) 2016. With the tournament heading into the qualifying rounds, both sides have a task in hand to continue their upward spiral in the business end of group stages. Tamim Iqbal’s side will clash against the inspired unit led by Mahmudullah and it promises to be an enticing encounter at Sher-e-Bangla stadium, Dhaka. Expect fireworks with Twenty20 (T20I) star players like Chris Gayle, Mohammad Nabi, Shoaib Malik, Taskin Ahmed and Shaiful Islam’s presence to light up the atmosphere on November 29. Bangladesh Premier League (BPL) 2016

CHV’s performance in the fourth edition of BPL started with a victory over Comilla Victorians (CV). They lost the plot in their next few games losing against Barisal Bulls (BB), KT, Rangpur Riders (RR) and Dhaka Dynamites (DD). With Tamim-led CHV slipping down the ladder of the points table, they came back hard versus Rajshahi Kings (RK). Winning their clash against Darren Sammy-led Kings, Vikings got the better of Mashrafe Mortaza’s low-lying CV.

With two wins, CHV started to gain momentum and remained unbeaten in their next two games, thrashing BB and RR. They have not only started getting the desired results but are also managing to turn the tides in their favour with thumping performances. Their last two triumphs have been by huge margins (78-run win over BB and beating RR by 9 wickets) which shows their current mindset. They will like to keep up the good work and secure a berth in the playoffs as early as they can.

Talking about Titans, Mahmudullah’s side does not possess big names but have impressed the most this season. With 6 wins and 3 defeats, they are sitting pretty in the Top 4 of the table. Their campaign began versus RK emerging victorious. Their next outing was against RR wherein they lost. They have the edge against CHV as the only face-off between the two sides saw KT prevailing on top.

No team could stop them in their next few games as they went past CV, DD and BB (twice) without much difficulties. However, they finally dropped a game against Riders and went onto lose their last clash against Kings as well. Nonetheless, they have showed a lot of character in tense finishes and hence are serious title contenders this time around.

If KT got the better of CHV in their previous clash, Vikings have moved on since then and will be eager to comeback hard. With not much to separate between both sides, a cracker of a match awaits for the cricket lovers of Bangladesh. 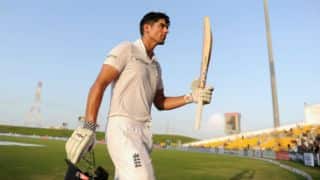 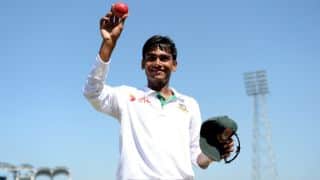