Troubles increase for Chris Gayle as a mail sent by West Indies team manager Richie Richardson can act as evidence for the allegations against him. After Gayle got a ban from Cricket Australia on playing in further Big Bash tournaments following his indecent remarks towards Channel 10 reporter Mel McLaughlin, Australian media house Fairfax came up with another accusation that the cricketer had exposed himself to a woman in team dressing room last year. While Gayle has filed a defamation case against the media house appointing one of the most successful defamation lawyer to defend him, an email sent by Richardson to all the players may act as an evidence against his claim of being innocent. READ: COMPLETE COVERAGE: Chris Gayle sexist remark to Australian journalist controversy

Mark O’Brien, the lawyer appointed by Gayle, has recently won a case against Fairfox making them pay a whopping $200,000 as damage to former Treasurer Joe Hockey. READ: Chris Gayle to sue Fairfax Media over defaming report

As reported by nzherald.co.nz, Richardson had sent an email to the WIndies players asking them to behave properly following an incident that took place during that time. If this incident can be linked with the alleged misbehaviour during ICC Cricket World Cup 2015, things might get worse for Gayle. READ: Chris Gayle denies exposing to woman in ICC Cricket World Cup 2015

To add more complications, Richardson recently ended his contract with the team on Thursday to join International Cricket Council (ICC) a match referee and will officiate for the first time during the One-Day International (ODI) series between South Africa and England.

As per the instructions from West Indies Cricket Board, none of the officials from team management are allowed to talk about matters regarding the Chris Gayle incident and all the statements will be made by the board. Now that Richardson is leaving WICB, it is still incoherent if he will be making a stand about it.

Melbourne Renegades, the team Gayle plays for in Big Bash League 2015, are still hoping to get their star player back by the end of this edition of the tournament. Stuart Coventry, chief executive of the Renegades, evoked more controversies and left Cricket Australia even more enraged as he called the women who made the allegations ‘opportunist’. 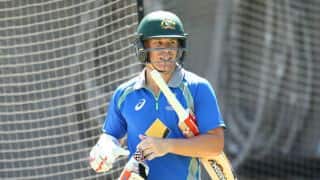 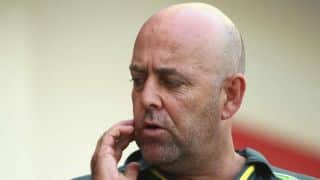 India will be aggressive against Australia in upcoming series: Darren Lehmann