Kolkata Knight Riders are on a roll having remained unbeaten in their last 13 matches.

The seemingly invincible Kolkata Knight Riders (KKR) will start outright favourites when they square off against Australia’s Hobart Hurricanes in the semifinals of the Champions League T20 2014 (CLT20) on Thursday.

Kolkata Knight Riders are on a roll having remained unbeaten in the CLT20 and registering 13 wins in a row since the IPL T20 tournament this year. The batting department of KKR, comprising captain Gautam Gambhir, Robin Uthappa, Manish Pandey, Suryakumar Yadav, Jacques Kallis, Ryan ten Doeschate and Andre Russel has been in great form.

In the bowling department, however, there has been some turmoil after ‘mystery spinner’ Sunil Narine was reported for suspect action in their last group match.

However, the young Kuldeep Yadav, all-rounders such as Yusuf Pathan, Ryan ten Doeschate and Andre Russel have been quite successful. KKR’s star batsman Uthappa has said his team would like to focus on its strengths in the semi-finals against Hobert Hurricanes.

The Kolkata side has played all its matches in the Group stage in Hyderabad and it is expected to have the advantage of familiarity. KKR’s coach Wasim Akram had recently remarked that Hyderabad has become a home away from home for the team.

Hobart Hurricanes, on the other hand, have set an impressive record in the tournament having won three of the four matches it played.

The only match the Hurricanes lost was against the formidable Kings XI Punjab, though all the other three wins were against foreign teams — Cape Cobras, Northern Districts and Barbados Tridents — none of whom were familiar with the Indian conditions.

The bowling department comprising Ben Hilfenhaus, Doug Bollinger, Xavier Doherty, Joe Mennie and Ben Laughlin has been equally impressive. However, the Hurricanes need to come with all guns blazing to make matters difficult for the Knight Riders. 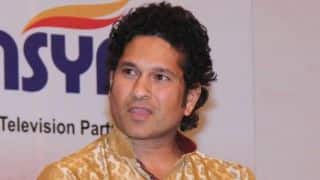