The duo last played for New Zealand in 2018 when the Kiwi side faced Pakistan in a T20I.

While Corey Anderson and Adam Milne have not featured in the New Zealand ODI side since 2017, Gavin Larsen, team selector, made it clear that the duo can still make it to the Kiwi side for the 2019 ICC Cricket World Cup.

Anderson and Milne though are not picked in the New Zealand side for the Bangladesh ODIs, which happens to be their last ODI series ahead of the World Cup, which kicks off on May 30 in England. (ALSO READ: T20 series win against India is an isolated one keeping the World Cup in context: Williamson)

“They’re proven international cricketers and both are classy players,” Larsen was quoted as saying by Stuff.co.nz.

“It’s been really disappointing to watch both of them go through a frustrating period with their injuries. It’s been really pleasing to see them both back on the park. We’re monitoring them closely, added Larsen as he spoke about Anderson and Milne, who have not been a part of the New Zealand side following a number of injuries. (ALSO READ: Virat Kohli is the best leader of men, not the greatest tactical captain: Shane Warne)

“I think a really big point here is, there’s been a lot of chat and hype around the World Cup squad, it’s actually still two months before we officially have to name this squad. So, there’s still a bit of water to flow under the bridge, said Larsen.

“From a pure ODI perspective, of course these games (against Bangladesh) are vital, and that’s where we’re honing things down,” said Larsen before adding, “But there’s still a lot of four-day cricket to be played, and it gives opportunities for the likes of the Corey Anderson’s and the Adam Milne’s to really show their wares and put their names forward.

“We don’t want to say that it’s a last throw of the dice, because there’s still a good window of opportunity,” he concluded. 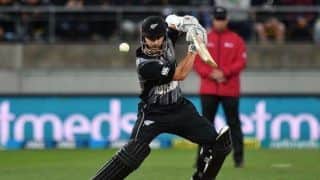 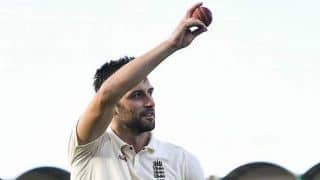