The 38-year-old led Warwickshire back to Division One of the County Championship in 2018.

The 38-year-old in 2012 became Warwickshire’s overseas player across formats, and has won all of the domestic titles with the Bears: the County Championship in 2012, the T20 Blast in 2013 and the One-Day Cup in 2016. (READ: Boyd Rankin leaves Warwickshire after 11 years)

In 2018, under Patel, Warwickshire earned promotion to Division One of the County Championship.

“Jeetan is one of the most decorated overseas players in the history of the county game and his commitment to playing all formats, across a full season for such a long time is extremely rare in the modern game,” said Jim Troughton, the Warwickshire coach. “He still consistently produces match-winning performances across all formats and has made a fantastic impression on the squad since being appointed captain. As we approach our first Championship game of 2019, it s right that both the club and Jeetan have security over his future and have our captain signed beyond this season.” (READ: Jeetan Patel becomes fifth New Zealand bowler to 800 first-class wickets)

Of his contract renewal, Patel said: “Being a Bear and part of this club is something that s very special and I m over the moon to sign this contract extension and to commit to the 2020 season. We made good progress last year in returning to Division One of the Championship as Division Two champions. However, we all want to build on this.

“I’ve been fortunate to be part of some fantastic teams and to have won all trophies during my time at Edgbaston. But this latest crop of players is equally hungry for success and to deliver more silverware to our supporters.” 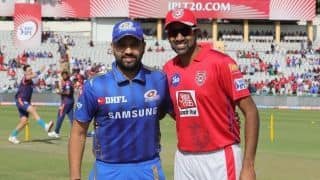