CP Joshi: Will have to look into every aspect of RCA's suspension

CP Joshi: Will have to look into every aspect of RCA's suspension

CP Joshi on Monday took over charge and reiterated that his immediate priority would be to get the BCCI's suspension lifted.

Jaipur: Veteran Congress leader CP Joshi, who piped Ruchir Modi to recapture the president’s post of Rajasthan Cricket Association (RCA), on Monday took over charge and reiterated that his immediate priority would be to get the BCCI‘s suspension lifted. Joshi, who had to withdraw against Lalit Modi in the previous elections about four years ago after he was deserted by own supporters, was clearly a pleased person after beating the 22-old-year-old Ruchir Modi. “I will have to look into every aspect of this suspension but this would be my first priority. But for this I need support from all quarters including the state government,” said Joshi. CP Joshi pips Ruchir Modi to become RCA president

While Joshi claimed that there were no groups in RCA, the cracks in ranks have already started appearing after the elections. The two key posts, secretary and treasurer, which were wrested by Modi faction, had taken charge without waiting for Joshi. The secretary RS Nandu, a close supporter of Lalit Modi, was not present in the function where Joshi was welcomed by likes of former RCA president and secretary Sanjay Dixit and former MP Lalchand Kataria. Though Nandu has cited personal reasons behind his absence, insiders say these were signs of storm growing up in the RCA. After CAB, RCA set to host pink ball match in India

It might be recalled that the RCA was suspended by BCCI because it had chosen Lalit Modi as its president in the previous elections despite warnings from the apex cricket body of the country. 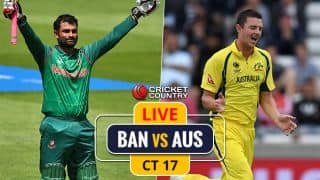 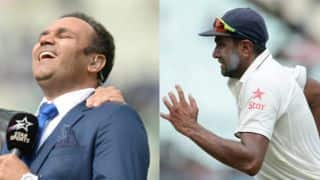 Virender Sehwag had a very demoralising effect on me, says Ravichandran Ashwin