The latest match of the 2018 Caribbean Premier League (CPL) has seen St Lucia stars and Trinbago Knight Riders equal the record for the most sixes in a Twenty20 match.

On Thursday night in St Lucia, a total of 34 sixes were hit in Knight Riders beat St Lucia chased down a target of 213 thanks to a stunning 94 not out off 36 balls from Darren Bravo. This drew level with the existing record of 34, which occurred on December 21, 2016 in New Plymouth when Central Districts and Otago combined for a six-hitting spree.

Having put up their highest ever total in the CPL, 212 for the loss of just two wickets, St Lucia would have fancied their chances of victory over Knight Riders. Bravo s incredible assault, however, scripted a scarcely believable chase.

Bravo hit 10 sixes, five during the 16th over, having put on 137 in just 55 balls with Brendon McCullum who smacked six sixes. The other hits over the boundary came from Sunil Narine and Denesh Ramdin, the final six of the match taking Knight Riders to victory and equalling the record of most sixes in a T20 match.

Earlier, during St Lucia s innings, David Warner made 72* off 55 balls with three sixes, Rakeem Cornwall hit five during his 29-ball 53, Kieron Pollard seven in his outrageous unbeaten 65 from only 23 balls and Andre Fletcher managed one hit over the ropes in his rather sedate 17 off 14 balls. 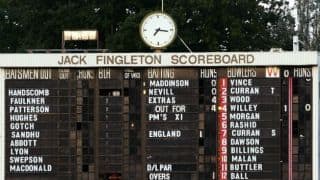 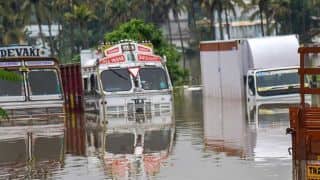