Gulbadin Naib picked up one wicket of his counterpart Aaron Finch in his five overs.

Afghanistan captain Gulbadin Naib s brave decision to bowl first against Australia backfired massively as the defending champions crushed their opponents by seven wickets in their opening game of the ICC World Cup 2019 at County Ground in Bristol on Saturday.

Afghanistan were bundled for 207 in 38.2 overs with Pat Cummins and Adam Zampa pocketing three wickets each. En route their run-chase, none of Afghanistan s bowlers looked threatening despite the inclusion of all three spinners in Rashid Khan, Mujeeb Ur Rahman and Mohammad Nabi. It was an off day for ace leggie Rashid, who went for 52 runs in his eight over, while Mujeeb and Nabi conceded 45 and 32 runs respectively.

I am hoping that upcoming pitches offer some more help for the spinners. Maybe towards the middle of the tournament. Still, I would credit Rashid and Mujeeb for the way they bowled on these tracks, Naib said at the post-match presentation ceremony. 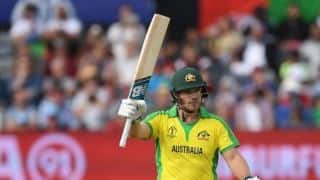 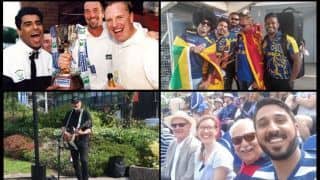