Since beating Pakistan in their first match, the West Indies have lost five times with one wash-out.

Reifer’s side were officially eliminated from the race to qualify for the semi-finals after losing to India on Thursday.

With two matches still to play, starting against Sri Lanka in Durham on Monday, Reifer was keen to avoid his team losing their motivation.

So, he held a team meeting in the Old Trafford changing rooms that lasted over an hour as the squad looked to come to terms with their failure to live up to pre-tournament hype. “We had a long conversation in the dressing room, so we did a lot of soul-searching,” Reifer told reporters on Sunday. (ALSO READ: Still alive in the tournament, Sri Lanka face West Indies)

“We want to create that winning culture. It has to start from somewhere. The guys are still up for it. We’re good to go.”

Since beating Pakistan in their first match, the West Indies have lost five times with one wash-out.

Bowled out for just 143 in their 125-run defeat against India, the West Indies looked ready to head for home.

It was their latest failure to rise to the occasion in the tournament and Reifer conceded they haven’t coped well when games are up for grabs.

“I think we didn’t seize the key moments in games. You look back at our tournament, we played well against Pakistan. We had Australia on the ropes. New Zealand as well, you know,” he said.

“I thought we need to seize the key moments in the game. At crucial times we, you know, we dropped a few crucial chances as well.

“And then collectively, you know, we didn’t bat properly. So, it’s just small things that we didn’t do, the one percenters that didn’t we do well. So these are the sort of things we discussed as a team.”

Adamant that the future of West Indies cricket is still bright, Reifer added: “The players are not comfortable with their performances, responsibility, those sort of conversations that we had in that team meeting.

“So, going forward, I’m looking forward to seeing how the guys play in the next two games.” 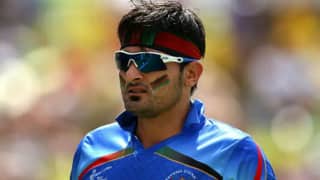