Mujeeb-ur-Rahman was the pick of the Bangladeshi bowlers and returned with the figures of 3/39.

Mujeeb-ur-Rahman scalped three wickets but fifties from Mushfiqur Rahim and Shakib Al Hasan guided Bangladesh to 262 against Afghanistan in the 31st match of the ICC Cricket World Cup 2019 at The Rose Bowl in Southampton on Monday.

While Rahim could not score his second consecutive hundred, he top scored with 83 and helped Bangladesh cross the 260-run mark.

Afghanistan captain Gulbadin Naib won the toss and elected to bowl first after the start of play was delayed 10 minutes by light rain.

Liton Das was promoted ahead of Soumya Sarkar to open along with Tamim Iqbal for Bangladesh, with the pair managing a brisk 23 from the first four overs.

But Das fell for 16 in the next over after being fooled into a miscued drive by Mujeeb. Hashmatullah Shahidi dived forward to get his fingers underneath the ball at extra cover, with a review confirming the dismissal.

Shakib, meanwhile, continued his fine run of form as the left-hander brought up his third half-century in World Cup 2019.

After registering his third fifty, in addition to two hundreds, in the ICC Cricket World Cup 2019, Shakib, with 51 runs, moved to the top spot in the list of batsmen with most runs in the ongoing edition of World Cup. 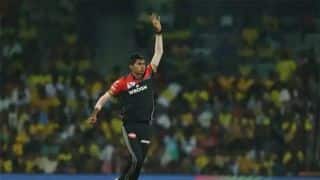 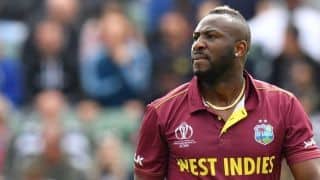