The match will be the first between the two arch-rivals since the terror attack in Pulwama in which 40 CRPF personnel were killed.

Pakistan team manager Talat Ali Tuesday rubbished media reports his players have had to be told to celebrate with restraint during the much-anticipated ICC World Cup 2019 clash against India on Sunday, saying they had no extravagant plans to begin with.

Ali rebutted reports that Prime Minister Imran Khan instructed the players to avoid celebrations in the match against India at Manchester.

“No such instructions have been issued to the players. The players met with Imran Khan at Bani Gala before flying to London. After that the Prime Minister has had no contact with the players,” Ali, a former Test player, said.

“We follow the guidelines given to us by the Pakistan Cricket Board and for us the match against India is just like against any other team. Obviously, it is a high-profile match, but we just focus on cricket and don’t have any politics in our mind,” he asserted.

Earlier, the team had to issue a statement negating media reports that Pakistani players were planning to wear camouflage military caps during the match against India.

“…we have no special plans for the match. As far as the cricket is concerned, chief selector Inzamam-ul-Haq, captain Sarfraz Ahmed and head coach Mickey Arthur are discussing strategy and team for the important match. But our players will only focus on playing good cricket,” he said.

The match will be the first between the two arch-rivals since the terror attack in Pulwama in which 40 CRPF personnel were killed. There were calls by some former Indian players and politicians to boycott the match.

Ali said at the moment the Pakistan team was more focussed on its crucial match against Australia on Wednesday. 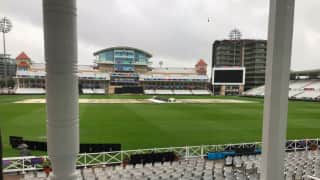 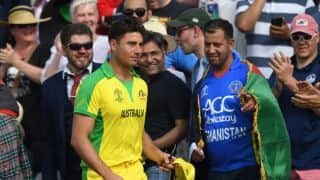