BRISTOL: The second consecutive match at the County Ground has been washed out without a ball bowled, on account of a rainy week in Bristol.

Match 16 of the ICC Cricket World Cup 2019 between Sri Lanka and Bangladesh did not get underway, with the match officials taking the decision to call off the fixture at 1:57pm local time. Each team received one point.

This is the second straight match that Sri Lanka have been made to look on forlornly in Bristol. Last week, their game with Pakistan was abandoned in similarly wet and cold conditions.

The initial inspection by the umpires was due at 10:30am, but was postponed. The same happened at 12:15. Later, the on-field umpires Richard Illingworth and Richard Kettleborough and reserve umpire Michael Gough inspected the soggy conditions and made their decision soon after.

Sri Lanka now travel to London to play Australia at Kennington Oval on Saturday. Bangladesh’s next match is against West Indies in Taunton on Monday. 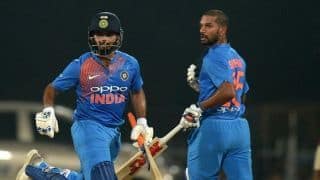 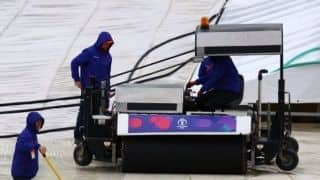