England, in reply, could manage 334/9 in their stipulated quota of 50 overs despite centuries from Joe Root and Jos Buttler.

Taking to Twitter, Richards posted a 30-second video in which he said, “What a wonderful win for Pakistan. I know for sure there were a lot of doubts today (for Pakistan). To beat the favourites is a magnificent win for Pakistan, especially after the way they played against West Indies.”

“Let me take this opportunity to say to Quetta Gladiators captain in PSL Sarfaraz Ahmad Well done brother,” he added.

After being put into bat, Pakistan came out with a much-improved batting performance and posted a formidable total of 348/8. Mohammad Hafeez top scored for them by playing a brilliant 84-run knock which came off just 62 balls.

England, in reply, could manage 334/9 in their stipulated quota of 50 overs despite centuries from Joe Root and Jos Buttler.

After the match, Sarfraz Ahmed lauded the team effort which saw them break their 12-match losing streak in ODIs. “It was a great team effort. Credit to batsmen for taking us to 350. Then bowlers bowled really well today,” said the Pakistan skipper.

Pakistan will next play Sri Lanka on June 7 in Bristol. 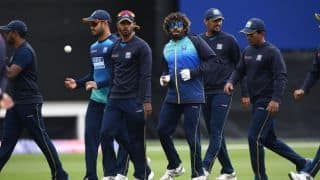 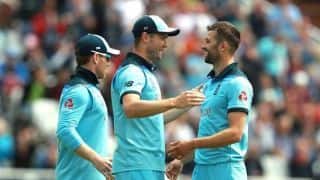