Cricket World Cup 2019: West Indies have to get all the disciplines right against South Africa: Clive Lloy

The former West Indian skipper said the Windies failed to capitalise after having Australia on the mat at 38 for four in their previous game.

South Africa may be struggling but two-time World Cup winning captain Clive Lloyd feels West Indies cannot afford to take the Proteas lightly when both teams square off in Match 15 of the ICC World Cup 2019 at The Rose Bowl in Southampton on Monday.

The South Africans have lost their first three matches in the ongoing World Cup, while the West Indies have won one and lost one. “Windies have to be aware of the job at hand as South Africa is in danger of missing out on the top four if they lose,” Lloyd said in a column for the ICC.

The former West Indian skipper said the Windies failed to capitalise after having Australia on the mat at 38 for four in their previous game.

“I think the West Indies should have sewn the game up, but they did not bowl very well towards the end of Australia’s innings after being in the ascendancy earlier on,” said Lloyd.

ALSO READ: ‘If AB de Villiers wanted to be at World Cup, he would be here’

“West Indies had Australia in a similar position to when they played Pakistan a few days ago and expected them to capitulate like the Pakistan side did, but the Australians have won five World Cups therefore it’s obvious that they have the ability to recover and they would have encountered such situation before.

“The bowling towards Nathan Coulter-Nile was very untidy. His highest score before the game was 34 and I wonder if the West Indies knew where to bowl to him and how to plan his demise,” Lloyd wrote.

He said West Indies will need to improve in all departments to have any chance of emerging victorious against South Africa.

ALSO READ: West Indies can match anybody in this competition: Clive Lloyd

“West Indies have to get all the disciplines right on the day and play clever cricket because for the most part of the day they did well, but they simply did not capitalise on the early dismissals.

“They now have to re-group, look at the mistakes they made and rectify them so that they can return to their winning ways. I’m still feeling positive about the West Indies overall.”

He added, “The West Indies team must start to play smart cricket because they have two real big games coming up against South Africa and England, therefore they have to be on top of their game as I’m sure they’d want to qualify.” 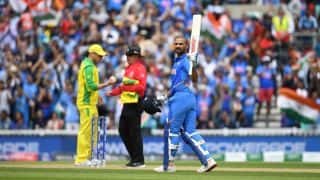 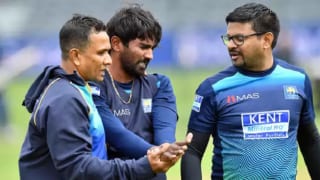