SOUTHAMPTON: Fans of the Indian cricket team – and they are countless – can be forgiven for being a bit miffed by the delay in getting to see their heroes in action.

India landed in London on May 22. Since then, they’ve played two World Cup warm-up matches. Trained four times (their fifth training is today). Virat Kohli went and met the Queen. Since the World Cup began on May 30, South Africa, England, South Africa, Pakistan, Sri Lanka and Afghanistan have played two matches. New Zealand and Australia one each. India?

They went for a paintball session.

When Kohli’s team meet South Africa at Southampton’s Ageas Bowl on Wednesday (June 5) in match eight of the World Cup, it will be the seventh day of the tournament. Farcical, I hear you say?

Perhaps. There are murmurs of the BCCI influencing the ICC to have India’s first match of the World Cup pushed back to give the team rest after the exhausting IPL. In other corners, there is talk of the gap giving Kohli’s team more time to acclimatise. From a fan’s perspective, it is frustrating to have to wait.

On Monday, a schedule media interaction with a member of the Indian team turned into a farce.

From the Indian camp, barring a random dope test on Jasprit Bumrah at the Ageas Bowl on Monday, the news is normal. The blow that Kohli took to the hand a few days ago is not serious, and the skipper is fine to play.

The forecast for Wednesday is for a partly cloudy day, and the good news is that the predicted rainfall has dissipated. On a rather Asian-looking Southampton pitch that doesn’t look like it has much aid for the seam bowlers, the focus is on India’s selections for this match against South Africa.

KL Rahul’s century in the second warm-up against Bangladesh looks to have settled his place at No 4, which leaves the No 6 spot open. Kedar Jadhav is fit for selection, but he hasn’t played a match in a long time. He may be fit to play, but is he match-fit? By that, the inference is whether he can slot into India’s first match of the World Cup having not played for so long, and on the basis of one training session?

If that is the case, India may choose Vijay Shankar at No 6 with Hardik Pandya to follow at No 7.

On this flat track, getting another bowler in is crucial.

CricketCountry has reliably learnt that the Indian think-tank is looking at Ravindra Jadeja for regular playing time during the World Cup, which doesn’t spell good news for Yuzvendra Chahal. Jadeja’s left-arm spin, electric fielding and capability with the bat could well see him push out the legspinner Chahal, with wrist-spinner Kuldeep Yadav looking a certainty on this Ageas Bowl surface.

Kuldeep and Chahal have a good record in ODIs played together – who can forget their success in South Africa in early 2018? – but Jadeja’s all-round skills appear to be preferred to the latter. Kuldeep, despite a poor IPL for Kolkata Knight Riders which left him disappointed, is tipped to play ahead of Chahal.

Which brings us to the pace combination. Bumrah and

Bumrah and Mohammed Shami are the likely frontline pace bowlers, with Pandya to follow. Bhuvneshwar Kumar is a very handy batting option to have, but on this track a shot of pace is required and thus he looks set to miss out. Add in Jadeja and Kuldeep, plus Jadhav as a sixth option, and India’s bowling is strong.

For their World Cup opener, India have a good venue to begin with. Expect runs, and a bit of purchase for their spinners. India’s opponents, South Africa, are coming off losses to England and Bangladesh and another loss will turn their campaign into a must-win-each-game scenario. 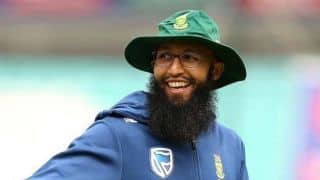