This is South Africa's third match, whereas India have not played yet in the tournament.

SOUTHAMPTON: And so, a week into the ICC Cricket World Cup 2019, the Indian cricket team will play its first match of the tournament. For countless fans of India, the World Cup begins on June 5.

Since landing in London on May 22, Virat Kohli‘s team has played two warm-up matches, had four training sessions, held two press conferences and had some fun playing paintball. Their opponents at Southampton’s Ageas Bowl on Wednesday, South Africa, have lost to England and South Africa, have one fast bowler – Lungi Ngidi – sidelined for 10 days and today lost Dale Steyn from the entire World Cup.

Contrasting situations for both teams, with South Africa one loss away from needing to win all their matches to stay in the mix for the World Cup semi-finals.

India do not have any such worries. Kohli spoke before the match about the positives of being in England for so long and not having played a World Cup match – South Africa, England, Bangladesh, Sri Lanka, Pakistan and Afghanistan have all played two this past week – because it allows them to see what teams are doing right and wrong.

India, ranked second in ODIs, are viewed as one of the tournament favourites and against a depleted and jolted South Africa, they will look to begin the World Cup with a bang.

What: India vs South Africa

Where: The Ageas Bowl, Southampton

Weather: Mostly cloudy, with a high of 17 degrees.

India’s scheduled practice session was hit by a sudden but brief downpour around 1:30pm local time. Kohli said that Kedar Jadhav is bowling and batting fine, and this means he’s available for selection. However, the question is: is Jadhav match-fit? Meaning, can he slot in to a game of this magnitude?

The answer will be revealed on match day, but chances are that Jadhav will bat at No 6. KL Rahul appears to have claimed the No 4 spot with his century against Bangladesh in the warm-up, so the batting looks settled.

Kohli talked of Ravindra Jadeja‘s handiness in such conditions, and considering the Ageas Bowl surface wears a very Asian look to it – pretty flat, despite the scattered rain on Wednesday – India should play the left-arm spin-bowling allrounder. That means Jadeja at No 8, followed by three bowlers. Kuldeep Yadav is tipped to play ahead of Yuzvendra Chahal, with Kohli stating before the game that opposing batsmen will find themselves needing to make plans against Kuldeep despite the wristspinner not having a successful IPL.

Needing a shot of pace on this surface, India should pick Mohammed Shami alongside Jasprit Bumrah.

Without Ngidi already, and now missing Steyn, South Africa will have to play Chris Morris and Dwaine Pretorius. Hashim Amla had about 45 minutes of batting practice at the Ageas Bowl on Monday, and while there is no confirmation from the South African camp, indications are that he will return. If so, David Miller will drop out.

India have won all five of their matches against South Africa in the last five ICC tournaments.

Kohli is India’s leading active run-getter in World Cups with 587 from 17 matches.

In World Cups, however, India have only beaten South Africa once in four matches.

India’s ODI record at the Ageas Bowl is one win from three matches.

South Africa’s record here is two wins and one loss.

“As you can see right now, there is a plan in place for the worst case scenario, which is losing our bowling attack. Now you have to go back to your all-rounders which is, which we felt has been our strategy in the past.” – Faf du Plessis

“From a batting point of view, acceptance has to be there to rotate strike, make partnerships. I don’t think overs 30 to 40 is a big deal in a World Cup. Looking to score faster, teams are losing wickets. We have to play sensible cricket.” – Virat Kohli 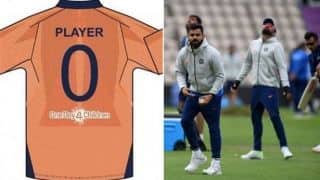 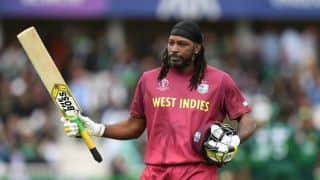