The initiative aims to raise $100,000 to secure two years naming rights of the iconic ground.

The iconic Wellington cricket ground, the Basin Reserve, could be known as Support Women’s Sports Basin Reserve if efforts to raise $100,000 are successful.

The Basin Reserve Trust’s plans to crowd-fund the naming rights for the capital’s premier cricket ground, which hosts international and domestic games, via the Support Women’s Sport group have been supported by Cricket Wellington as well as Wellington Mayor Justin Lester and councillor Fleur Fitzsimons.

The Basin Reserve, established in 1868 and which has hosted 63 Tests and 29 ODIs, is owned by Wellington City Council and Fitzsimons is a trustee of the venue.

Cricket Wellington CEO Cam Mitchell said the organisation was completely behind the move to raise $100,000 to secure two years naming rights of the 94-year-old Basin Reserve, which would only increase the relevance and support for women’s sport in New Zealand.

“Cricket Wellington is totally behind the Support Women’s Sport group and their ambitions to tackle inequities in sports media coverage,” he said. “This is a really exciting initiative and one that will further develop the game of cricket, the Basin Reserve Trust as a venue and, most importantly, the growth of women’s sport in the media lens.”

Cricket Wellington has reached the Sport NZ governance challenge which requires all NSO and RSO boards to be at least 40% gender diverse by December 2021. Leading the way for gender equality has been board chair Sally Morrison, who in 2016 became the the first female to be elected as chair of a cricket association.

Under Morrison, Cricket Wellington recently completed the expansion of its new gender-neutral changing rooms at the Basin Reserve and has integrated a new high-performance model that places greater emphasis on women’s cricket. In December 2018, Cricket Wellington became the first regional sports organisation to be awarded the Sport NZ Governance Mark.

“Gender should never be a boundary to playing cricket or any sport and this initiative is just another way that we can help convey that message,” said Mitchell. 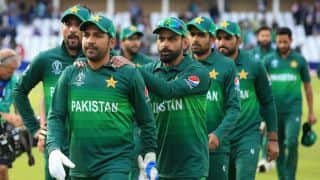 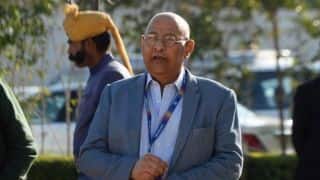 No BCCI representation at ICC meet in London