Dav Whatmore, a former Pakistan coach, has advised against replacing Sarfraz Ahmed as the Test captain of the national team advocating for consistency in leadership across formats.

Dav Whatmore, a former Pakistan coach, has advised against replacing Sarfraz Ahmed as the Test captain of the national team advocating for consistency in leadership across formats.

Sarfraz has come under intense pressure from former Pakistan international cricketers to give up Test captaincy in order to keep his focus on limited-overs cricket with the ICC World Cup just a few months away.

The scrutiny follows after a period of under-performance that saw Pakistan exiting the 2018 Asia Cup after losing to Bangladesh in the Super Six stage and then being thumped in a three-Test series against New Zealand in the UAE.

“It’s easy to say things like that,” Whatmore told Sport360. “Sarfraz has been a successful captain. Maybe in T20s as he can have a break. But it’s nice to have consistency in leadership. I can’t see that changing. Mickey Arthur would also prefer to have a common leader in those two formats so I don’t see a change.”

Pakistan are in South Africa for a three-Test series with the first match starting from December 26.

While calling England as one of the favourites to win the 50-over world cup next year, Whatmore feels Afghanistan can pull a surprise or two as well.

“A lot of favourites in there. England are one. But I am not sure. Statistics says only one team has won the World Cup in home conditions, and that is India. England will certainly figure. One team that flies under the radar is New Zealand. They have strong belief in their abilities, play well together. Another team that could embarrass a few are Afghanistan. Their bowling attack is tremendous. If the batsmen get some decent runs, they could embarrass a few teams,” he said. 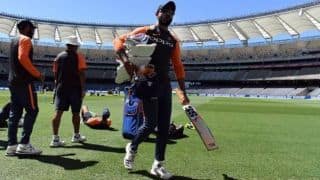 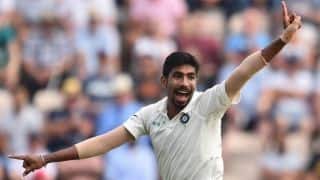