There are four books in "The Kaboom Kid" series.

Explosive Australian batsman David Warner has penned a children’s book series called “Kaboom Kid”, which features the exploits of a “cricket-mad” schoolboy named Davey Warner. The four books in “The Kaboom Kid” series are “The Big Switch”, “Playing Up”, “Keep It Down” and “Hit For Six”. Priced at Rs 199 each, the books written by Warner with JS Black are for kids aged 7-12 years. The illustrations are by Jules Faber.

According to publishers Simon & Schuster, this series of books are fun, light-hearted reads, and focus on cricket as a positive team sport for all kids — boys and girls — from all backgrounds and cultures, and for fun and fitness. The message is anti-bullying and anti-sledging and these are cheeky stories about what kids get up to outside the world of adults.

Little Davey lives in Sandhill Flats with his parents, brother Steve and his stinky dog Max. Davey, his schoolmates as well as Max are mad for cricket. All they want to do is play but there’s always something getting in their way. In “The Big Switch”, Davey and his friends have a big game coming up against Shimmer Bay, their arch rivals in the local comp. They need to practice, and spend all their free time at school making sure they’ll be ready.

But disaster strikes. Davey and his friends find out their new teacher is Mr Mudge, a strict grump who hates cricket, and thanks to bully Mo Clouter, they find themselves on detention. The boys are desperate to pull something special out of the bag to win against Shimmer Bay.

Davey’s mates have some ideas, one that could really get them into trouble, but it means getting around Mo, who seems to be everywhere they turn. But Davey has an idea that he thinks may just work ? he just needs to practice. Will he pull it off in time for the game against Shimmer Bay?

In “Playing Up”, the second book of the series, Davey wishes he could be as good a cricketer as his older brother Steve, who is always telling him to practice more. And there is nothing else that Davey and his mates like to do more — the classroom is as good as the playground.

Mr Mudge, the Year 6 teacher and absolute grump, doesn?t think so, especially after being donked on the head by the ball, and confiscates Davey’s precious bat, ‘Kaboom’. What’s Davey going to do without his precious bat? The book tells how he deals with the situation.

In “Keep it Down!”, Davey and his friends are faced with a strange situation. They have a big match coming up and their teammates are falling like flies. Most terrible of all is that

Mo Clouter, the school bully who hates cricket, wants to play. Luckily, there?s a new kid at school, who just happens to be an ace player. Tay Tui is an awesome wicketkeeper, but she won’t stop singing while she plays. It’s so distracting! Then, to add to their woes, Davey is on detention for the match.

The fourth book “Hit For Six” sees Davey betting Mo Clouter that he can hit six sixes in the Sandhills Sluggers’ upcoming battle against their club rivals. But after a disastrous school excursion to the local lawn bowls club, Davey is in trouble again, then forgets to hand in his assignment. Mr Mudge bans Davey from playing cricket until it’s done. Can Davey get his assignment done, hit the six sixes and help the Sluggers seize top spot on the ladder? The book seeks to answer these questions. 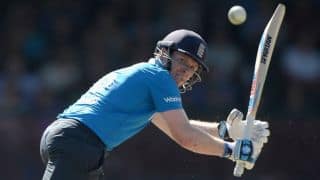 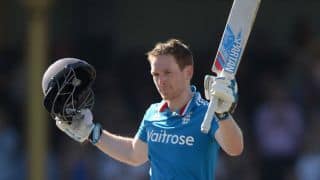